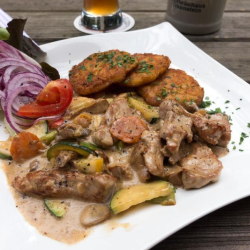 Culinary Switzerland is best known for its cheese fondue, but the alpine state has many other gastronomic reasons for pride. The local cuisine is intertwined with the influences of neighboring countries: France , Italy and Germany , which gives its own look to the typical dishes of the different regions. At the same time, there are a number of unique dishes that have gained national status. Other interesting alpine dishes are warmly received far beyond the confederation. Here’s what the Top 10 traditional Swiss dishes include. 1. Fondue There’s no way we can’t put the amazing fondue at the top of the list. If you END_OF_DOCUMENT_TOKEN_TO_BE_REPLACED 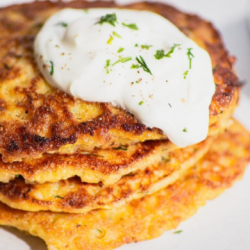 Many countries have potato dishes in their national cuisines , but few they have gained such popularity as the Swiss roars. This simple recipe gives such a delicious result that it has long been on the daily menu of the people of the Alpine country. Potato slices require few products and are easy to prepare, which makes it universal and suitable for both restaurants and home menus. What are roars? Rösti is a Swiss national dish , prepared from grated potatoes with added vegetable or animal fat . Although the dish usually consists only of potatoes seasoned with salt and pepper, sometimes depending on the END_OF_DOCUMENT_TOKEN_TO_BE_REPLACED 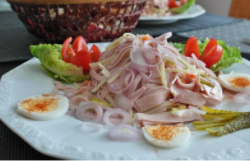 During the holidays culinary traditions in the Alps find many followers. Most Swiss families return to the test and rarely decide to experiment with new culinary temptations. The richness of Swiss cuisine is largely due to the influence of neighboring Alpine countries, which is reflected in Christmas customs and culinary traditions What dishes are served at the festive table in Switzerland? Swiss Christmas Dinner is individual and varies greatly from canton. Therefore, the question arises whether there is a typical Swiss Christmas dinner and what is common to the festive table . The variety of the menu is great and often depends on the proximity END_OF_DOCUMENT_TOKEN_TO_BE_REPLACED 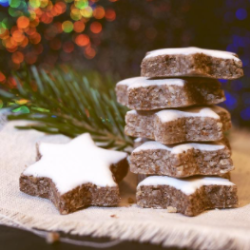 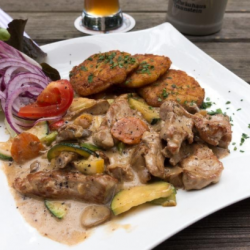 The Autumn Food Festival – Food Zurich in Zurich is already a well-known event, which should not be missed. Every year, the best food and beverage producers gather here to take stock, share experiences and introduce visitors to their achievements. Fine food, slow food, street food – these events are united in one large-scale gourmet festival. Food Festival Zurich covers dozens of events that take place in and around Zurich for ten days. What is Food Zurich? Wine course? A walk on the lake with pastries? Vegetable canning workshop? Slow food market? Baking the most crunchy bread with yeast? FOOD ZURICH includes all this, and END_OF_DOCUMENT_TOKEN_TO_BE_REPLACED 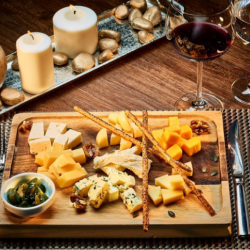 Swiss cheeses and the famous fondue largely predetermine the fame of alpine cuisine in the world. However, they are a small part of the culinary traditions in the confederation, which were formed under the influence of neighboring countries – France, Germany, Italy and Austria , and intertwined in themselves the best of them. The original recipes have been passed down from generation to generation, an authentic local food and can still be tasted in small towns and villages in mountainous areas. The Swiss do not reveal all their culinary secrets, but their cuisine is universal, which is why many people around the world like it. END_OF_DOCUMENT_TOKEN_TO_BE_REPLACED 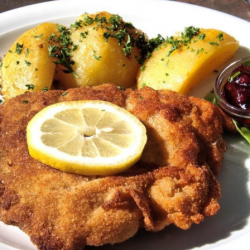 The charm of Swiss cuisine is largely due to its diversity. On the one hand, each of the cantons has its own specific cuisine and local culinary prides. On the other hand, the diversity is due to foreign influences in the respective region – French, German and Italian. Alpine cuisine is ultimately an amazingly delicious mix of culinary preferences in each of the countries in this region known for its beautiful nature and sights in Europe . Recipes borrowed from Italy Italian influence on Swiss cuisine is most felt in the canton of Ticino in southern Switzerland. Under Italian influence in this area is very END_OF_DOCUMENT_TOKEN_TO_BE_REPLACED 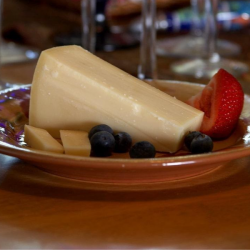 Swiss cheese is unique, as might be expected from a country known for its cute cows and milk with excellent qualities. Cheeses can be soft and hard, completely fresh or well aged – for every taste. However, there is one thing that applies equally to all Swiss cheeses – they have character. This can be said for both the well-known and the numerous regional varieties, due to the fact that Swiss cheeses are made according to traditional recipes from local milk and with great skill. Swiss cheese varieties and production technology Switzerland produces about 450 varieties of cheese . Most of them are made from END_OF_DOCUMENT_TOKEN_TO_BE_REPLACED 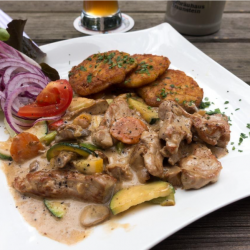 Swiss know how to enjoy food and the proof of this is that their cuisine is already finding fans all over the world. Alpine dishes are suitable for every taste and occasion. They are diverse, and their specificity is determined by the region for which they are typical, as well as the season. There are very popular Swiss summer dishes, that can fill any menu with delicious and healthy food. Types of Swiss summer dishes In general ordinary products are most often used in Swiss cuisine , but very high quality and perfectly combined. The Swiss not only stick to their traditional recipes , but END_OF_DOCUMENT_TOKEN_TO_BE_REPLACED 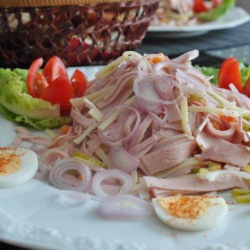 04Swiss cuisine is known for its delicious and nutritious food. The tradition of preparing simple and filling dishes is largely due to the climatic conditions in the Alps. However, along with meat and cheese dishes , there are also many interesting Swiss salads. They are fresh and appetizing and worth a try to make sure that alpine cuisine doesn’t just consist of fondue, roasts and raclette. 1504 Types of Swiss salads and specifics Salads are part of Swiss cuisine and are very diverse as a combination of products. They are not only vegetables, with the addition of meat or fish products, but also with pasta, END_OF_DOCUMENT_TOKEN_TO_BE_REPLACED