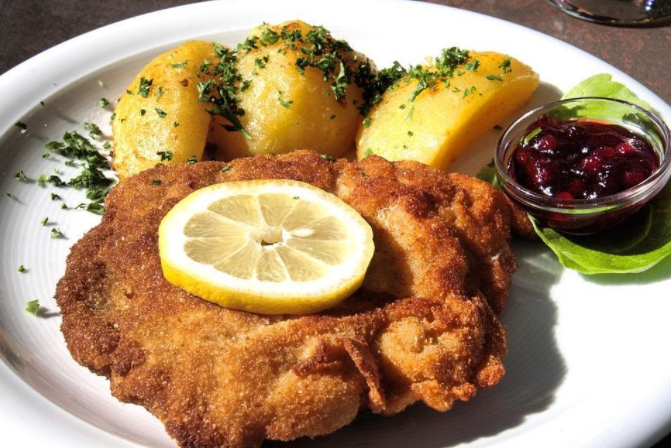 The charm of Swiss cuisine is largely due to its diversity. On the one hand, each of the cantons has its own specific cuisine and local culinary prides. On the other hand, the diversity is due to foreign influences in the respective region – French, German and Italian.

Alpine cuisine is ultimately an amazingly delicious mix of culinary preferences in each of the countries in this region known for its beautiful nature and sights in Europe . 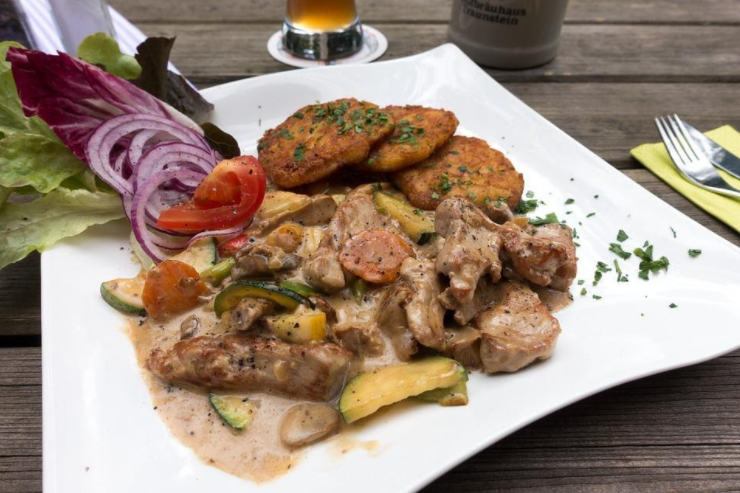 This is corn porridge , which in the past was consumed mainly by poor, and is now a favorite of many. It can be combined with meat, cheese, mushrooms, and also made into jam. It can be served as a main course or as a garnish.

In Ticino Italian influence also comes with the rich Minestrone soup and the famous risotto . 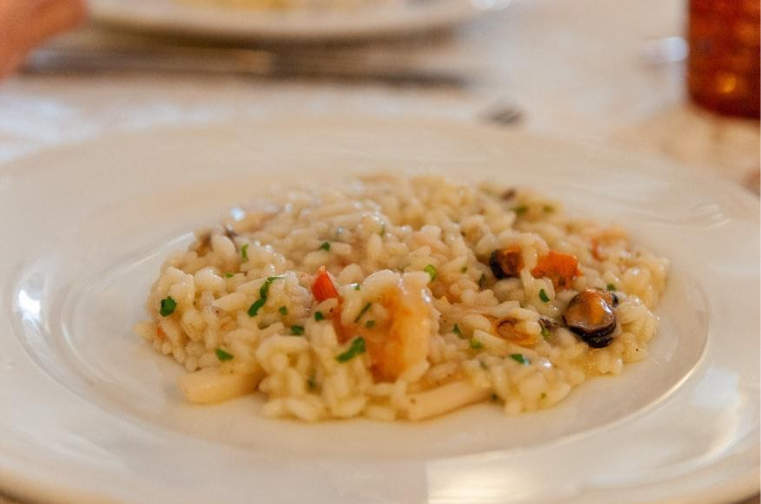 In Switzerland, as in neighboring Italy, pasta is very common. The Ghackets Und Hörnli dish is very popular in Switzerland.

This dish is minced meat with pasta supplemented with apple puree. Ghackets Und Hörnli is one of the most famous and popular cooked foods and is often served in alpine homes. A suitable addition to it is apple puree and grated cheese.

In the areas bordering Italy, traditional Panettone is also consumed. This is a sweet bread, similar to our Easter cake, which is most typical for the Christmas holidays.

The tradition of its preparation comes from the Middle Ages , and even from -early. The main products for Panettone are flour, yeast, butter, spices and a lot of dried fruits – a mix of raisins, cranberries, cherries, orange peel is added. Sprinkle with almonds and powdered sugar on top

In the cantons bordering Germany, there is a strong influence of German and Austrian cuisine. This is typical of Zurich, Basel and Lucerne.

One of the traditional dishes in the German-speaking part of Switzerland, and now in the whole country, is Älplermagronen. ” Shepherd’s pasta, “as it is called, is a typical rural German dish . It is prepared from pasta, potatoes, onions, cheese and ham.

Legend has it that in the past, shepherds brought with them to the mountains products that can last a long time and from them they prepared quick and easy meals. The result was so popular that Älplermagronen became one of the most popular dishes in the German-speaking part of Switzerland. Garnish with apple sauce.

Rösti are now being prepared all over Switzerland, initially from German-speaking areas. This delicious and simple dish is prepared from grated potatoes, which are shaped like pancakes or schnitzels. The mixture is fried on one side in a pan, and you can put a lid and bake until you get an appetizing crust.

Another option is to transfer the crumbs as they are in the baking pan in the oven. Fried eggs can be placed on top when serving. Cheese, onion, bacon can be added to the roasting mixture vegetables, apples. The appetizing Swiss dish is consumed alone or as a side dish.

Schnitzels are a very popular dish in Alpine cuisine. Viennese schnitzel is a brand and model for deliciously cooked meat . However, the Swiss claim that their schnitzels are no less delicious and claim authorship of this specialty.

In Zurich you can try a rich meat dish influenced by German kitchen. This is Zürcher Geschnetzeltes , which is prepared from sliced ​​beef, beef liver, mushrooms, cream and white wine.

In Lucerne one of the most popular local dishes is Schnitz und Härdöpfel. It is as German as it is Swiss and is made from bacon, potatoes, dried apples or pears in a sweet and sour sauce.

The love of sausages is one of the things that unites Swiss and German cuisine. They are abundant in both neighboring countries. Each region and larger city in the confederation has its favorite sausage, which is a local pride. 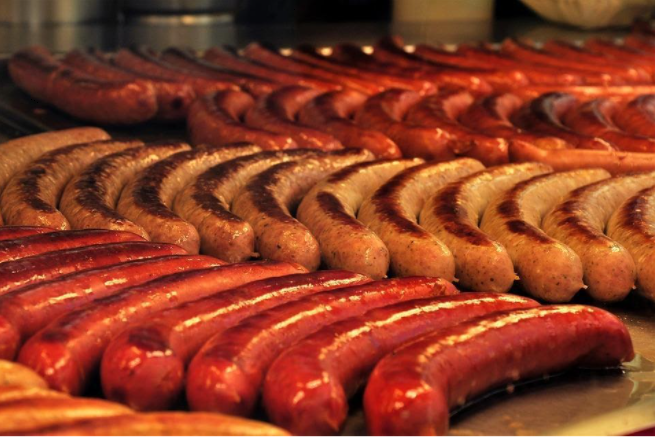 In the canton of Va they brag about their smoked sausage Saucisse aux choux . It is distinguished by the addition of blanched cabbage to minced pork. The liver, tongue and parts of the pig’s head are also used for its production. Horseshoe-shaped sausage is most often consumed by boiling in warm water.

Also used to make leek and potato stew . Other Swiss famous sausage is St. Gallen Bratwurst OLMA from the canton of St. Gallen.

It is white boiled sausage . Many Swiss believe exactly St. Gallen Bratwurst for national sausage . The sausage is made of pork, beef, fat, milk and ice and is seasoned with black pepper , ginger, leek, celery, parsnip.

Prepare fried or grilled. For Geneva, the favorite sausage is Longeole. This is a raw pork sausage with fennel flavor. Longeole is a thick sausage filled with coarsely ground pork, bacon and bacon.

The influence between traditions in neighboring countries is also felt in relation to the holiday table. In most of the Alpine countries, for example, there are similar dishes without which Christmas can pass. Stuffed duck or goose is an accent in the holiday menu in Germany, Austria and Switzerland. 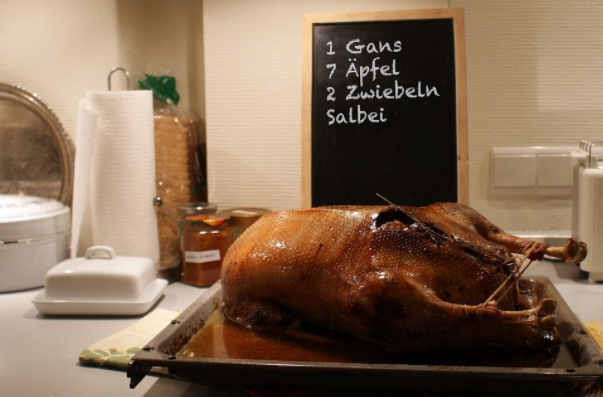 The cuisine of the French-speaking part of Switzerland is diverse and strongly influenced by neighboring France. Exactly from these regions of the confederation start the very famous fondue and raclette. Meringue cakes, walnut cake and others are famous.

French influence is strongest in the cantons of Geneva and Valais . Popular meat dishes include an oven-baked lamb gigot d’agneau, a fricassee à la Vaudoise pork fricassee and a bone-baked ham ham à l’os. Of the lean dishes, leeks are a frequent guest at the table.

And for dessert, let’s mention the French contribution to the festive Christmas menu throughout Europe, including Switzerland. This is The chocolate Christmas stump called Christmas Eve.

It is a chocolate roll with cream smeared on all sides with chocolate to look like a tree. Although the homeland of this interesting cake is France, it has long gone beyond its borders and is a sweet part of all alpine cuisine , and from the holiday of many other countries. 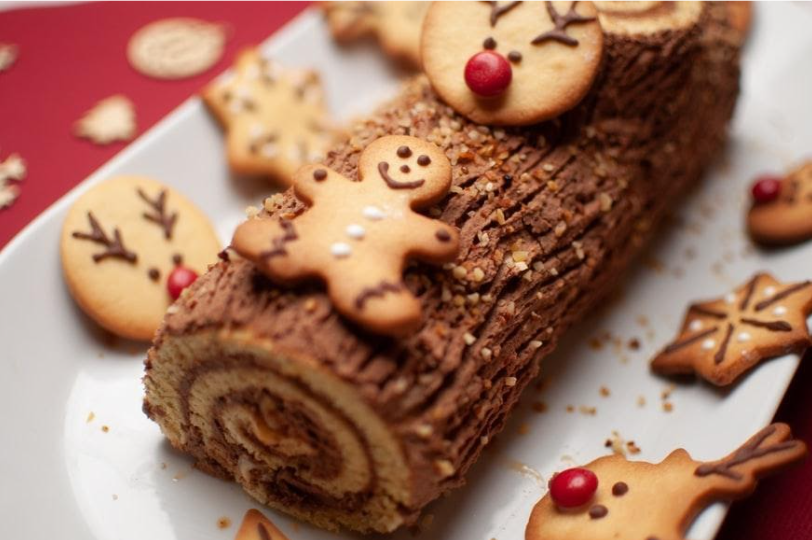