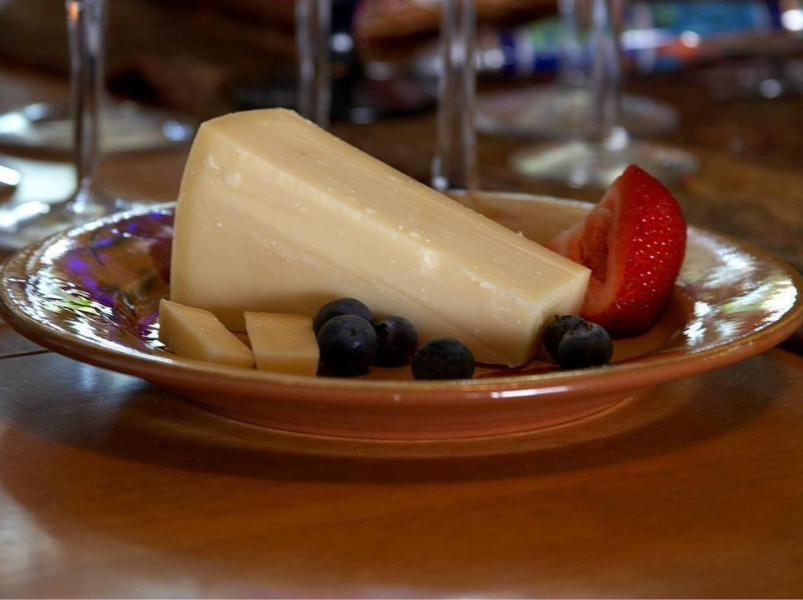 Swiss cheese is unique, as might be expected from a country known for its cute cows and milk with excellent qualities. Cheeses can be soft and hard, completely fresh or well aged – for every taste. However, there is one thing that applies equally to all Swiss cheeses – they have character.

This can be said for both the well-known and the numerous regional varieties, due to the fact that Swiss cheeses are made according to traditional recipes from local milk and with great skill. 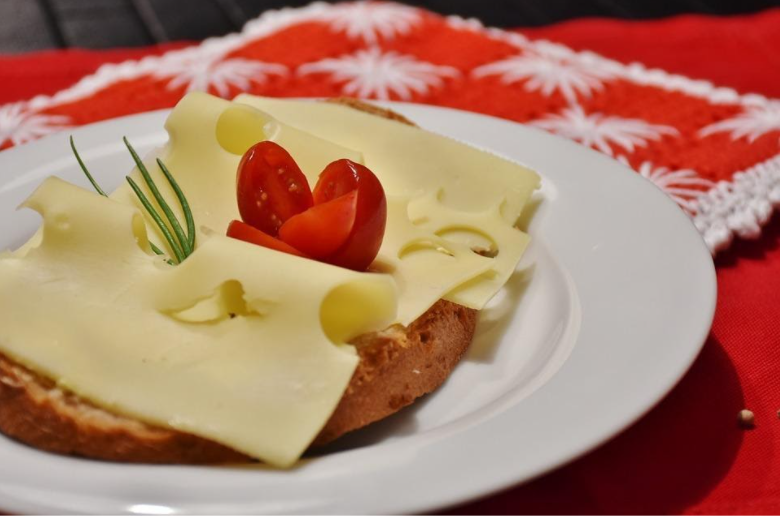 Switzerland produces about 450 varieties of cheese . Most of them are made from cow milk , such as sheep and goat milk is rarely used. The variety is represented by cheeses with very different degrees of hardness – from very hard to soft or grainy cheeses.

Each species has its own regional name and is marked with a special label indicating the place of origin. Most often, the names of the cheeses correspond to a specific geographical name where they are produced. 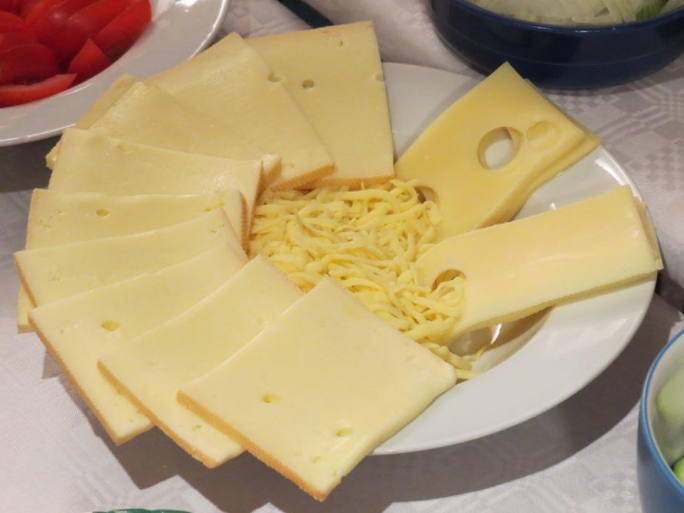 Each variety has its own special properties and differs in fat and water content, as well as in the process of production, ripening and storage. The cheese is as diverse as the Swiss regions.

Of the extremely hard cheeses, the most famous are Sbrintz and Hobelcase . The variety of hard and semi-hard cheeses is great.

The most common of these are:

Semi-soft cheeses are Reblochon , Formagini and Vacherin Mon d’Or, a soft cheese is Gala . There are other delicious cheeses that are worth trying, such as Büsciun da cavra, Tomme vaudoise, Cloche des alpes, Rose des Alpes and more.

Emmental – the king of Swiss cheeses

This famous cheese got its name from the valley of the Eme River in the Swiss canton of Bern (” Emmental “in German means” Eme Valley “). There, cheese has been produced since the 13th century. Today Emmental is made from fresh, unprocessed milk from cows that feed on grass and hay and are never given silage.

One kilogram of cheese requires about 12 liters of milk. Any additives or genetic modified ingredients are prohibited. The characteristic feature of Emmental is its holes . They are usually the size of a cherry or nut and appear when the cheese is ripe.

Emmental has different varieties according to the degree of maturity, to suit different tastes and purposes.

From moderate classic with at least 4 months maturation and Réserve with pronounced spicy aroma (at least 8 months of maturation) during a particularly fragrant, maturing in cool cellars with a natural climate for not less than 12 months and finally – to the most unique version with original taste and maturation over 12 months.

Emmental is usually served as a cold breakfast and cut into cubes or slices. It’s also great as an ingredient in hot dishes. 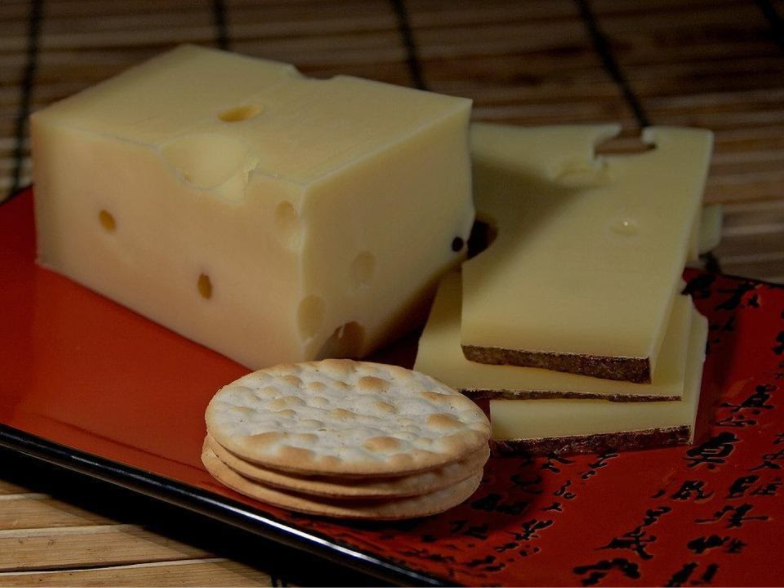 Many people around the world especially appreciate Gruyere cheese for its distinctive, delicate taste. This popular type of hard cheese has been produced for centuries in the vicinity of the town of Gruyeres in the Swiss canton of Friborg. . It is still made in rural dairies in western Switzerland according to the traditional recipe.

To get a cheese with weight of 35 kg, you have need about 400 liters of fresh unpasteurized milk . The cows that provide this valuable product graze on pastures in the summer and feed on hay in the winter. No additives are allowed.

The cheese takes several months to ripen , during which the pies are turned over and washed repeatedly with salt water. By retaining moisture, fat is formed, which is why the cheese matures from the rind to the core.

Gruyere can be served as a dessert or appetizer with crispy bread or along with hot dishes. And one more important thing – real fondue is not complete without Gruyere.

According to the monastic chronicles of the cantons of Obwalden and Nidualden as early as 1291 Wilhelm Tell eats a type of cheese that is the ancestor of Raclette. Today, this cheese is widespread and is the basis of a popular Swiss hot specialty , bearing the same name.

According to history, cheese comes from Roman times, and its name originates from the verb “racler”. In the Middle Ages, cheese was highly revered in the mountainous parts of France and Switzerland.

It is believed that the Swiss shepherds took Raclette with them on the mountain pastures, and in the evening they placed it near the fire. When it softened enough, they spread it on a slice bread .

This is how the delicious melted cheese dish, which is also called Raklet . Today it is prepared with the help of a special grill with a hot plate and is literally grated on boiled potatoes, bread and other products. Its taste is perfectly complemented by meat delicacies – quality ham , prosciutto , pastrami and others. 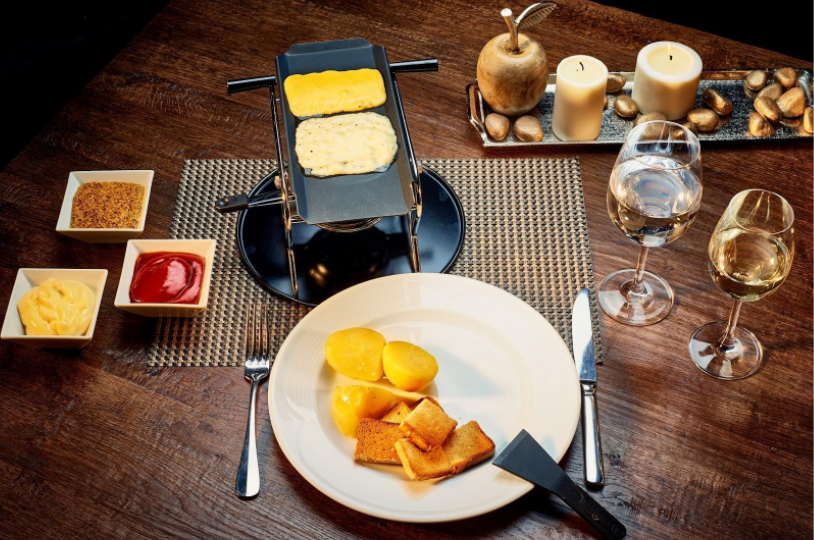 Today, Raclette has taken a worthy place in the menu of many alpine restaurants. In some parts of Switzerland, the cheese is served with tea or similar hot beverage, as well as with white wine. An interesting fact is that Raclette is never served with water, because it is believed that it hardens in the stomach and thus significantly complicates digestion.

A true regional product, Vachrain Friborg exquisitely captures the full range of flavors of the flora of the alpine foothills and the high plains of Friborg.

The cheese is protected by a special label , which guarantees high quality and has a special character. Thanks to its delicate, melting, incredibly tasty and fragrant texture, Vashrain Fribourgois is at the forefront of dairy delicacies.

In the rural dairies in the canton of Friborg high-quality fresh cow is processed every day milk, and the cheese is made according to a unique old recipe. Refining and special processing make Friborg vashren an excellent dairy product that will add a touch of originality to your cheese platter.

As an ingredient in a main course, Vacheren will make the fondue creamy and fragrant.

Sbrinz is a fragrant, extremely hard cheese that follows centuries-old traditions from the heart of Switzerland. It is produced from first-class raw milk, rennet and salt in selected cheese factories in the valleys and mountains. Sbrinz is a 100% natural product without any additives. Stored in the area of ​​origin.

It takes a very, very long time to ripen before it appears on the table. This process lasts at least 18 months – the longer the storage, the richer and more spicy the bouquet of aromas and flavors.

Sbrinz is the only Swiss cheese you can enjoy in three different ways.

After 18 months maturation, it is cut into thin slices and rolled into rolls. After 24 months – is cut into small pieces and so can decorate any plate with cheese or appetizers.

Finally, grated, Sbrinz will become a real accent in any dish. It is surprisingly versatile and its unsurpassed taste can be appreciated in any form.