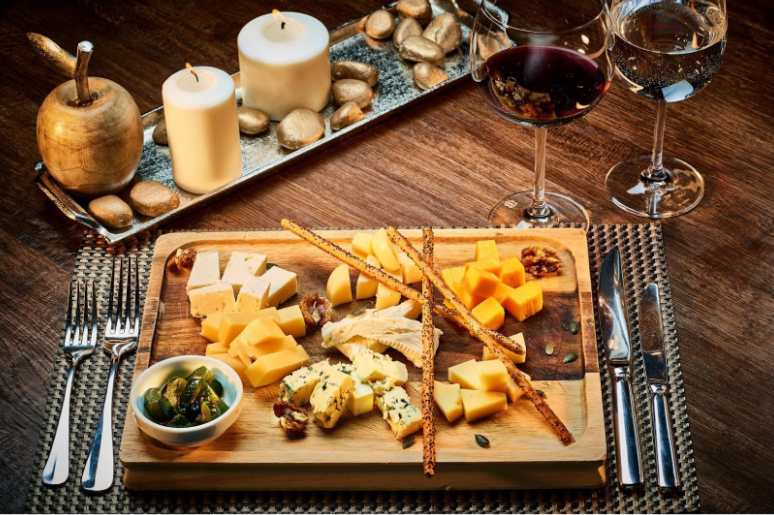 The secrets of Swiss cuisine

Swiss cheeses and the famous fondue largely predetermine the fame of alpine cuisine in the world. However, they are a small part of the culinary traditions in the confederation, which were formed under the influence of neighboring countries – France, Germany, Italy and Austria , and intertwined in themselves the best of them.

The original recipes have been passed down from generation to generation, an authentic local food and can still be tasted in small towns and villages in mountainous areas. The Swiss do not reveal all their culinary secrets, but their cuisine is universal, which is why many people around the world like it. 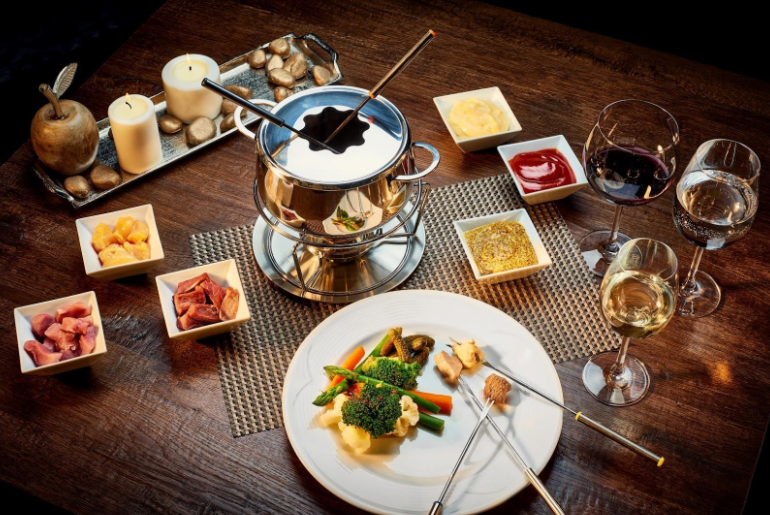 The Swiss generally use a small number of ingredients in their meals, a most of them are easy to prepare at home. The food is very tasty, and the raw mountain nature in the Alps requires the dishes to be filling . The recipes use dairy products, meat, vegetables (potatoes, cabbage, spinach, carrots), legumes, rice, eggs, mushrooms.

Although Swiss dishes are very nutritious, it doesn’t make them severe and unhealthy. Proof of this is a European study on healthy eating, which ranks Switzerland in the Top 3, after the Netherlands and France.

One of the secrets of good Swiss cuisine is guaranteed high quality local products and dishes. The Swiss carefully select the ingredients for each dish, and the products used are fresh because they often reach the kitchens of restaurants and homes directly from the farms. . Fresh produce is also bought from farmers ‘shops and farmers’ markets.

The meat is of excellent quality because the state itself takes measures to make it so. Switzerland provides conditions for meat producers to work in the best way for animals and the environment. The price of Swiss meat is higher than in neighboring countries, but local farmers ensure that it is more environmentally friendly than imported meat.

Animal feed does not contain genetically modified organisms and animal meal. The use of hormones and antibiotics is prohibited to increase efficiency. Beef, pork, chicken and turkey are most often prepared. Uniquely delicious is the meat on a stone slab in alpine style, served with a garnish of vegetables and vegetables. 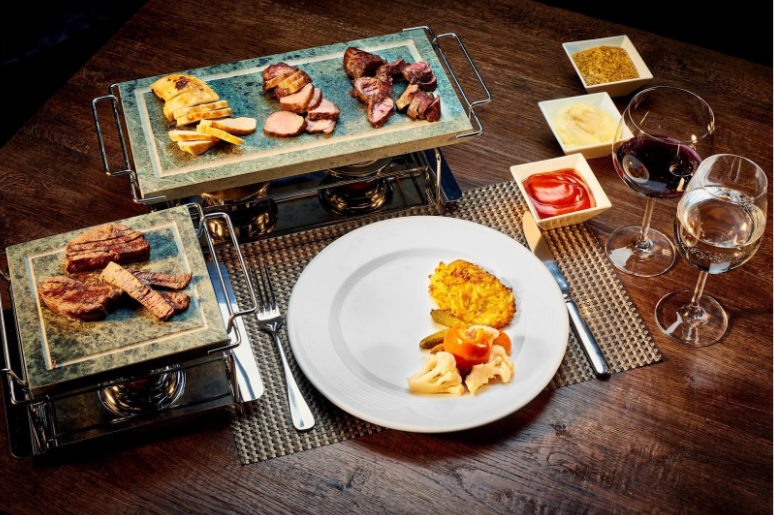 Fish products are also often present on the table. Although the country has no access to the sea, the Swiss consume a lot of fish and seafood dishes.

Some of the fish is imported, but there are also many harvested in the country itself, as provided by the many lakes, rivers and mountain springs. That is why a lot of fresh freshwater fish caught in crystal clear waters is consumed. More than 90 species of fish live in Swiss reservoirs, including trout , pike, perch, salmon, etc.

Bakery is highly developed in Switzerland. Each region bakes its own different bakery products, which are kneaded from quality flour, locally produced.

Swiss cuisine surprises with great variety, and the explanation is that each canton has its own traditional regional dishes that it is proud of. The different influence of the neighboring countries is felt in the different parts of the confederation.

For example, one of the common things of Switzerland and Germany is the love of sausages. Their production is brought to perfection, and their taste is unique and is due to the combination of products. 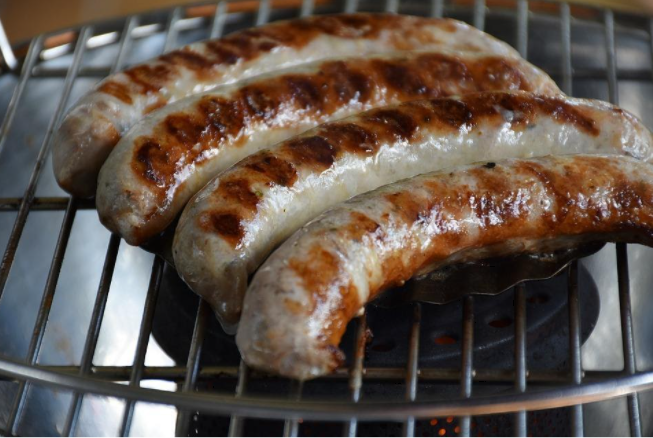 The appetizing radiance of Swiss dishes cannot be obtained without various aromatic additives . A wide range of local and exotic spices are used, including black pepper, celery, parsley, parsnips, dill, ginger, and nutmeg.  In many recipes, the aroma is enhanced with onions, leeks and garlic.

The role of cheese in various national dishes

Milk and dairy products are a must for any alpine table. There is no doubt that they are of the highest quality. Cheese, cottage cheese, cream and milk are consumed both on their own and as part of many national dishes.

The most popular alpine cheese dishes are Fondue and Raclette, both are based on the heating of different types of aromatic cheeses.

There are various legends about the origin of Swiss fondue, but the most common of these includes the participation of alpine shepherds, who brought with them to the mountains the most common foods – cheese and bread.

You also took some wine to warm up. In an attempt to make the hard cheese tastier, the shepherds decided to melt it in a vessel over the fire, adding a little wine.

In the resulting hot aromatic mixture melted hard bread and the result exceeded their expectations. The first written record of the Swiss fondue is in 1699. In Anna Margaret Gesner’s cookbook, this dish appears as “cheese with wine “. Today, fondue is declared a national Swiss dish, which is a favorite of many people around the world.

The classic fondue requires several types of cheese, which are heated over low heat in a saucepan and then pieces of bread are melted directly in it. The dish usually combines between two and five types of cheese.

Dry white wine is added, and sometimes a little lemon juice. Nutmeg, garlic and black pepper are often added to the dish , but you should not overdo it. Bites of bread, boiled potatoes, pickled vegetables are also served.

The dish itself is prepared in a special dish called a cachelon, which represents ceramic, enameled or cast iron pot.

The cachelon is placed directly on the dining table on a heat source that keeps the dish hot throughout the meal. The pieces of bread are dipped in the fondue with a special long fork with three teeth. 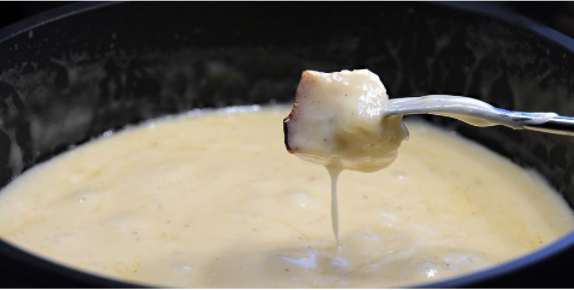 Raclette is called both a type of Swiss cheese and a traditional dish e which is prepared by him. And the Swiss shepherds are considered to be “guilty” of this delicious mountain meal. They brought with them cheese, which they heated on the fire and added to vegetables.

Now you don’t have to light fires because it’s made up special electrical appliance for this. Melt the cheese on a grill and scrape off the plate on boiled potatoes and toasted slices. Marinated cucumbers and small onions can also be served. 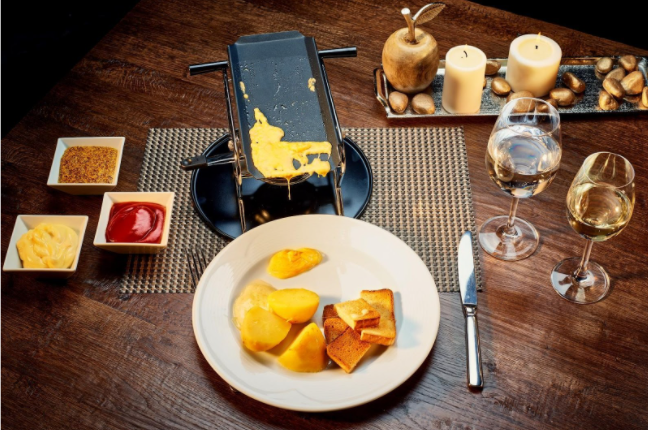 On the basis of cheese is prepared another traditional alpine dish called Malakoff. It is fried cheese balls. Flour and eggs are also used for its preparation, and as spices – garlic, eggs, nutmeg, salt and pepper.

A little wine or cherry brandy Kirsch is also added to the mixture and meatballs are formed, which are fried until crispy.

Cheeses are added to many other Swiss dishes, such as the so-called “shepherd’s pasta” Älplermagronen. They are made from pasta, potatoes, onions and cheese.