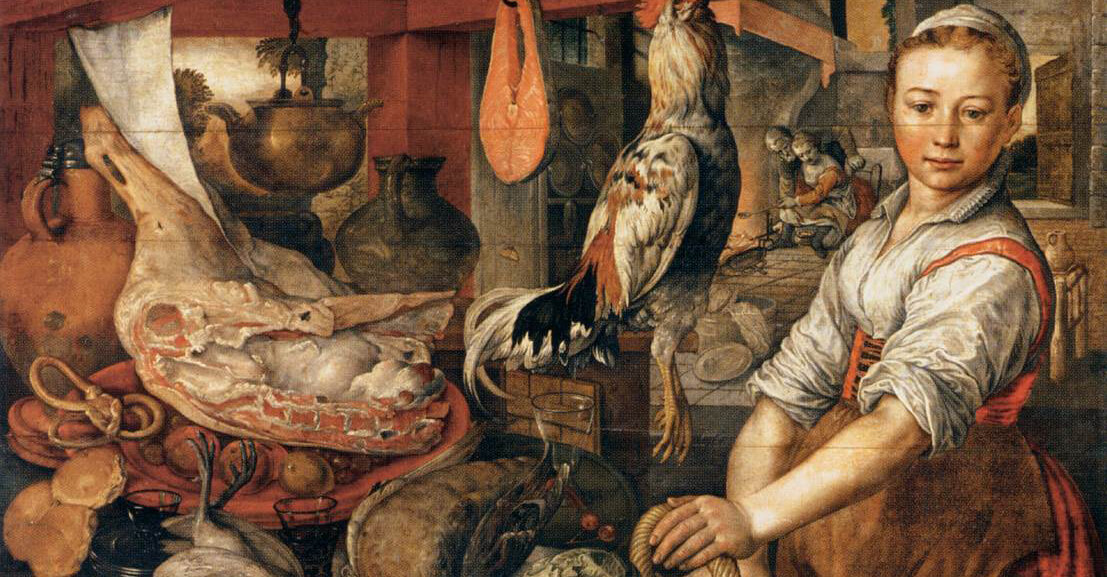 HISTORY OF THE FRENCH CUISINE

French cuisine is based on different culinary styles originating from the French traditions. It has evolved throughout the centuries following the social and political changes in the country. 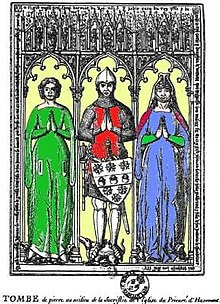 It all begins with Guillaume Tirel (1310 – 1395) who was the main cook in the kitchen of Charles V – king of France between 1364 and 1380. He revolutionized the cuisine by integrating vegetables, produces and spices imported by the European sailors from the New world (a name used by the discoverers from the end of the 15th century to call America as opposed to the Old world – Europe, Asia and Africa).

In his work Le Viandier he offered a new culinary technique for combining of game, poultry and fish with saffron, ginger, black pepper and cinnamon-based sauces. Thanks to this work Guillaume Tirel becomes the first author of a culinary work. 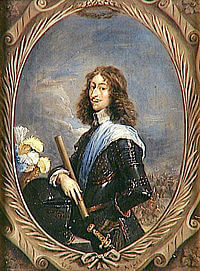 In 1533  the culinary world goes through another revolutionary change on the occasion of the wedding of Catherine de’ Medici (an Italian, daughter of one of the richest bankers in Western Europe) and Henry II who later, in 1547, became king of France. Thus, from Italy, forks with two tines, faience plates and Murano glass glasses (from the island of Murano near Venice, with a gold-plated silver or tin finishing) were introduced.

During his reign, and during the reign of Maria Medici, the wife of King Henry IV, the royal celebrations became exquisite as a sign of excellence, and the culinary art became an art of life.  Since then people speak of the French gastronomy – an achievement with which the name of the great French cook François Vatel (1631-1671) is indisputably related.  He was renowned for the magnificent celebrations that he organized. His life came to an end namely during one such feast when he commits suicide out of fear not to succeed with the preparation of the food for 3,000 guests invited to the feast in honor of king Louis XIV. 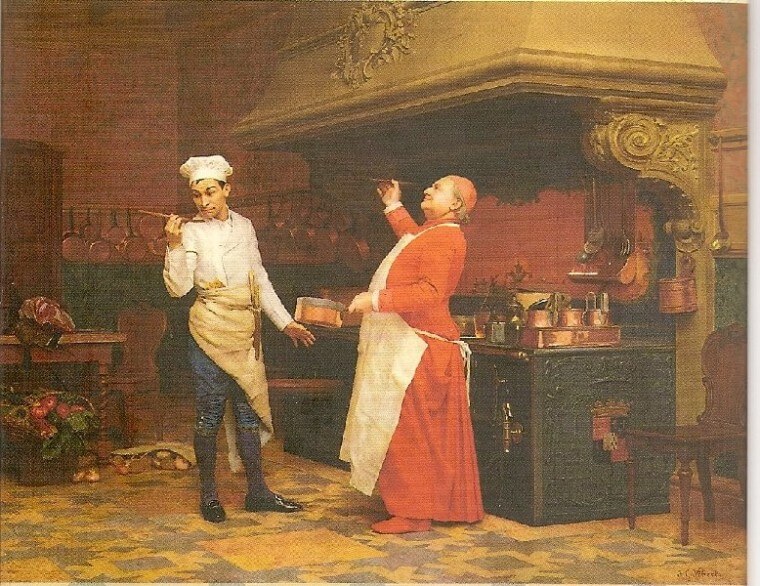 THE FRENCH CUISINE IN THE TIME OF HISTORY

With the developing of printing in the 16th century, the culinary world evolved more and more: since then it became possible to spread different recipes and cooking techniques on a larger scale. Gastronomic literature is developed and it enjoys a big success.

During the French revolution many employers leave the country and consequently cooks remain jobless.  This is the reason to search for new ways to make a living and it is how the first restaurants appear.  The development of the restaurant industry leads to the creating of a new movement in the gastronomy culture and namely the culinary criticism.

Grimod de La Reynière was one of the first critics. Described as a little queer but gifted with an incredible intelligence, he remains in history with the creation of the first culinary guide in 1803 – The Gourmand’s Almanac (Almanach des Gourmands)

At that time, among the biggest names in cooking, those of Antonin Carem, the king of chefs, the founder of the sophisticated “high” cuisine and famous for the unusual culinary transformations of the food, the ideas for which he took from the architectural style of the royal court and the Parisian new rich; and

Jules Gouffé – a French chef and pastry chef who cooked for Emperor Napoleon III and was known as Decorative cooking‘s apostle.

Later, with the development of motoring and tourism in the early 20th century, most restaurants became popular and attracted more and more clientele. Thus, in 1900 the first Michelin Guide was created.

In the 1970s, the “New” cuisine, which changed the dogma of “High Kitchen”, appeared.  This movement, brought by the famous culinary critics Henri Gault and Christian Millau, is characterized by lightening the menu, removing sauces and focusing on the product.

Since then, chefs have continued to work hard to enhance the products and to raise French cuisine globally. 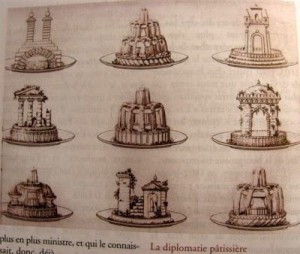 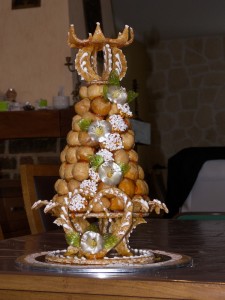 Each country in the world has its food specifics. For example, Americans are fans of peanut butter while the majority of maple syrup lovers is in Canada.  In Germany, the famous German sausages with curry are highly respected and in Italy – pizza and pasta.

French people, as well deserved gastronomes, are famous for the fine “gourmet” specialties and the variety of characteristic for each region traditional dishes. And as a matter of fact this is the very truth – cheese, wine, cold cuts, desserts – every French region has at least one irresistible course known as well beyond the borders of the “hexagon”.

The main foods consumed the most in France are the varieties of: Pasta, rice, bread and baker’s goods, cheese, milk and semi-manufactured goods.

Pasta is among the most consumed foods in France which to a certain extent is predetermined by the geographical proximity to Italy but also by the existence of hundreds of tasty and fast to prepare recipes.

Rice is also as equally preferred as pasta. It is present in the menu of the French every week and this is quite normal since rice contains starch and this makes it an especially suitable choice for a balanced meal.

Regarding bread as one of the most consumed foods among the French people, we can say that its wide consumption is partially owed to the famous French chauvinism. Bread is one of the specialties of the French gastronomy. On the other hand, in many countries such as Belgium, the name French bread is used which comes to prove it.

In recent years, there has also been a negative trend towards increased consumption of semi-manufactured products at the expense of freshly prepared foods. Such foods are frozen pizzas, lasagna, the ready-made frozen pastry, etc. which contain a lot of salt, sugar, bad fats, supplements and preservatives. This tendency is observed regrettably not only in France, but also in the whole world, and is one of the factors for worsening nutritional habits, and hence the health of the population.

Milk is part of the main food products in France for which it is true that its consumption here is times bigger when compared to the rest of the European countries. In fact, on an average one French person consumes 1/3 more milk than any other European citizen.

Cheese is a product valued by young and old worldwide. But if in other countries flavor preferences are oriented to the benefit of processed cheese (the Boursin cheese, La vache qui rit cream cheese, etc.), genuine traditional cheeses are consumed in France.

At the same time, it is inconceivable for the French to do without the characteristic and easily accessible cheeses with excellent taste and popularity all over the world, such as Brie, Camembert, Roquefort, Saint-Nectaire, etc. 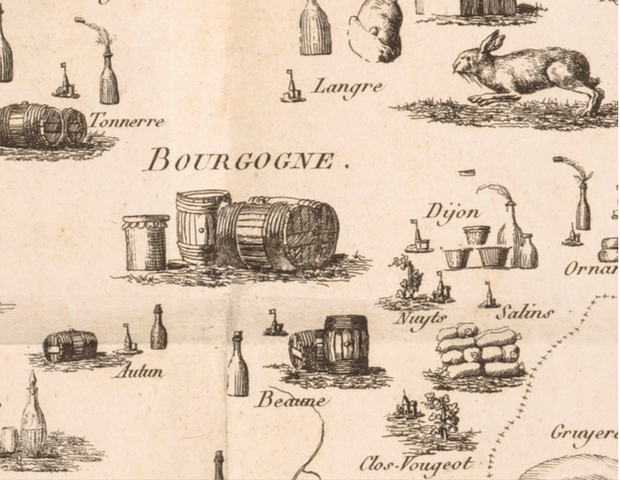 WHY FONDUE RESTAURANT FOR FRENCH CUISINE?

When temperatures outside start to go near 0 degrees, people like to eat warm and high-calorie foods. In that case winter has its advantage: This is the season of the small dishes based on melted cheese! Fondue, raclette and tartiflette are actually dishes which the French use to warm themselves in the period from November till March. With the addition of crispy bread, potatoes, cold cuts and refreshing salads, they can serve as a main course when receiving guests or even as a snack.

Fondue, which was invented by the Swiss shepherds, quickly afterwards left its native lands to conquer the whole of Europe. In France, it is usually associated with meeting friends for a winter lunch or dinner.

Fondue is a traditional national dish of Switzerland, along with Raclette, but at the same time, since 1950, it is also spread in the French regions of Savoy and Franche-Comté, as well as in the Aosta Valley and in Pieton where it is prepared with the local cheeses Beaufort, Comte, Emmental or Gruyere of Savoy and is known as Fondue Savoyard.

Today, Fondue Savoyard has become a classic dish and a symbol of culinary tourism in the French region Savoy.

And although French melted cheese dishes are more often associated with daily meals or friendly gatherings, they also have a reserved place at the festive Christmas and New Year’s table, along with the turkey, salmon and other traditional delicacies.

Since time immemorial, France has enjoyed its undeniable and universally accepted culinary reputation worldwide. Its diverse soils and rich cultural heritage favor the presence of unique traditional dishes, typical of each region.

From the famous Cassoulet which is very suitable for guests and festive occasions, to the symbol of Paris’s mythical fast-food, the Croque Monsieur sandwich, France is the home of many delicious and world-renowned recipes, some of the most famous ones of which are:

A recipe for tarte tatin with apples

Peel the apples, clean them from the seeds and cut them into thick slices. Place them in a bowl and pour them with lemon juice mixed with vanilla sugar and cinnamon. Stir and let marinate for 30 minutes.

During this time, caramel is prepared by heating the sugar with two tablespoons of water. When the caramel is ready, add the butter cut into pieces. Stir, then pour the caramel straight to the bottom of a tart tray.

The apples quarters are arranged on top of the caramel and covered with the dough.

The ready tart is left to cool before being removed from the mold and served with a ball of vanilla ice cream.