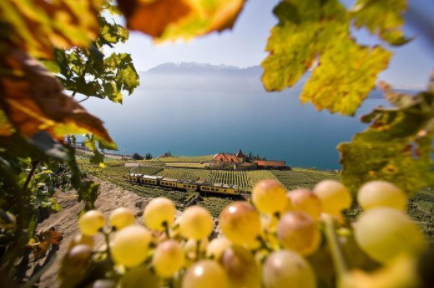 In Switzerland, they not only enjoy  iconic delicious dishes such as fondue and raclette, high-quality cheeses and the world-famous Swiss chocolate. A lesser known fact is that the people of the Alpine country have another reason to be proud. And these are  Swiss wines . The national assortment is simply amazing, and every bunch of grapes is grown in the  ecologically clean lands of the alpine country.

Swiss wine production complies with the highest quality standards and therefore, if you have not yet tasted them,  you must quickly correct this omission. 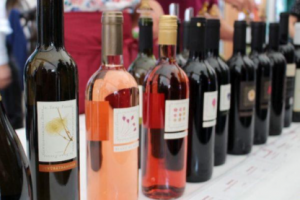 In  Switzerland  more than  50 different grape varieties are grown,  and according to some sources there are many more, on  an area of ​​about 15,000 hectares , providing a wide range of local wines. The different climate in  different parts of the country  makes it possible to produce both  excellent white and red wines.  In the lands of present-day Switzerland, grapes began to be grown as early as the Roman era.

Until now, winemaking has been a traditional activity for a number of cantons such as  Geneva, Neuchatel, Ticino, Valais and Vaud  (mainly southern and western regions).

The grape varieties grown in Switzerland can be divided into three groups:

The local varieties include  Human Blanche, Amin, Human Rouge, Bondola, Cornalen and others.

Perhaps the most famous local variety in Switzerland is the chassis, which is also grown in neighboring  France and Germany . The variety is believed to have originated from ancient vineyards on the shores of Lake Geneva, although other countries claim its homeland. The areas with this variety are not large, but can be found in almost all regions of Switzerland –  Vaud, Valais, Geneva, Neuchatel  and others.

Chassle wines are very  fresh and delicate.  They are most often dry wines with a moderate amount of alcohol. When aged, they develop  a wonderful bouquet with hints of honey, caramel, dried apricots, cinnamon, curry and truffle. 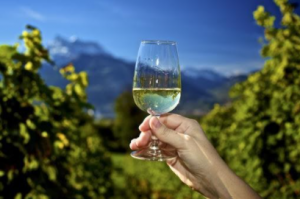 Among the local varieties it is worth noting Petit Arvin from the  Vale region.  Connoisseurs believe that it is one of the best for the production of white wines. Dry and sparkling wines are produced from it, but from the  overripe Petit arvin grapes  excellent sweet wines are also obtained.

Swiss quality has already become an invariable rule for the national industry  Wine production is no exception. The confederation has its own system for controlling wine production.

Switzerland has 6 main wine regions,  which have different climates and soils. This makes the wines very diverse.  The country used to be better known for its white wines,  but now the production of reds exceeds half of the quantities. 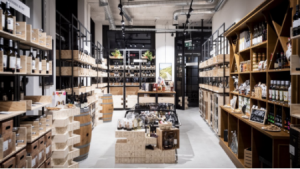 Having noted how diverse and high-quality Swiss wines are, which countries do you consider to be their main consumers. The answer is quite clear: there are none.  The Swiss love their wine and prefer to consume it themselves  (and not only drink, but also use it to make the iconic fondue). Less than 1% of all production is exported.

First, we must admit that Swiss wine is very expensive if you are not a Swiss consumer. However, do not accept that  Swiss wines will not be able to compete on the international market.  However, they are, albeit slowly, beginning to reach connoisseurs in other countries.  Fläsch Winery , for example, exports 30% of its harvest abroad each year.

The Swiss wine giant Provins from the canton of Valais also sells some of its products abroad. It is possible that in the near future  Swiss wine will gain popularity as Swiss chocolate and traditional Swiss dishes. And why not? There is nothing better for a fondue with cheese or raclette than cold Swiss white wine.

Today, Swiss wine is produced in almost all regions of the Alpine country: from the southwest (cantons of Valais, Vaud, Geneva and Ticino) to the northeast (cantons of Argau, Zurich, Schaffhausen, Lucerne). Let’s take a closer look at some of the important wine regions.

The canton of Valais is rightly considered to be  the largest wine-growing region in Switzerland because it has almost 5,000 hectares of vineyards.  Not surprisingly, local winemakers boast the widest variety of varieties. The vineyards in Valais are located at  800 – 1,100 meters above sea level,  which makes them the most the highest in the world.

The warm dry alpine winds, the mild southern climate and the proximity to Lake Geneva are important prerequisites for the production of Vale.  The canton of Valais boasts over 50 types of wine.

The most popular local grape varieties are:

Varieties such as  Fendant (also known as Chassela white), Pinot noir and Gamay  date from the 19th century, and white grapes  Humagne blanc and Resi (Rèze) from 1313  Another pride of the canton of Valais is  white Himbercha  which is produced only there.

The French-speaking canton of Vaud is the second largest wine-growing region in Switzerland.  Local wine production dates back to the Middle Ages during the time of the Cistercian monks, who left behind a rich heritage.

The terraced vineyards in the Lavo wine region,  located on Lake Geneva in the canton of Vaud, are included in the  UNESCO World Heritage List. 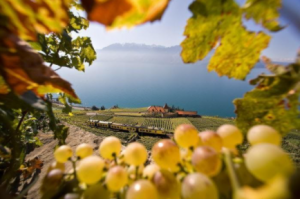 Over 65% of the vineyards in the canton of Vaud are planted with white grapes. The business card of the region is  the Chassell variety.  Local winemakers can also boast of wines from  Pinot Noir, Gamay, Chardonnay, Pinot Blanc, Gamare and Garanoar.

The French-speaking canton of Geneva is the third largest wine region in Switzerland.  Chassis is the main specialty of wine producers in Geneva.

The southern Italian-speaking canton of Ticino is also one of the most important for Swiss winemaking. There are not so many local vineyards, but  there are about 4,000 wineries in the area . Distinctive for the canton of Ticino is the Merlot variety, but it is also grown  Pinot Noir, Cabernet Sauvignon and Cabernet Franc, and from white Chardonnay, Chaslaux and Sauvignon.

The financial capital of Switzerland – Zurich , is the largest wine-growing region in the German-speaking part of the confederation. Winemakers in Zurich prefer red wines.  The most popular variety is Pinot Noir , but local growers also grow  Gamaret and Garanoar.

The wine-growing region of  Schaffhausen is also proud of its achievements with its more than 30 types of wine, the canton of Aargau, which has 750 wineries, and the canton of Bern, where first-class grapes are grown on the shores of Lake Thun . 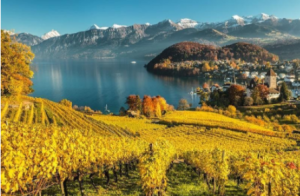