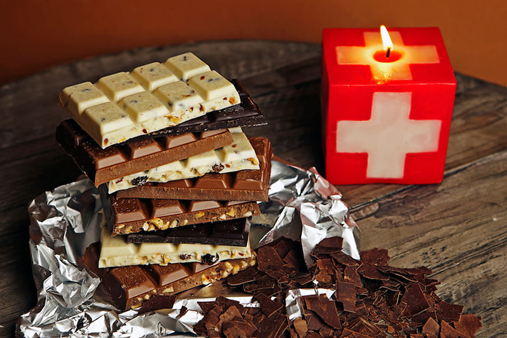 Why is Swiss chocolate different?

The popularity of Swiss chocolate has no limits. Due to its high standards of production and the use of only natural ingredients, it has deservedly earned an international reputation for quality. It is impossible to visit the Confederacy and not taste a slice of this “food of the gods”. Although Switzerland is not the home of chocolate, it has become a real symbol of the country. So people are right to ask themselves: why is Swiss chocolate different? 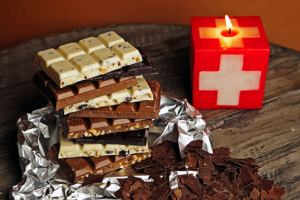 The origin of raw materials for chocolate must be sought in antiquity, but this time it is a matter of really ancient times. Excavations show that around 2000 years ago, people living in the present-day state of Mexico knew cocoa. Later, the Mayan and Aztec civilizations discovered the properties of cocoa and began to prepare a refreshing drink from it. She was so revered that she was even carried as a gift to the gods. The preserved drawings and murals to date prove the enormous importance of cocoa in their culture. The Mayans started growing cocoa trees that they brought from the forest to their territories, and consuming the special drink was a privilege for priests, warriors and merchants. The rest of the inhabitants could only enjoy it for a special occasion.

In the 16th century, Spanish conquistador Hernan Cortez became interested in the culinary invention of the local population and in 1528 brought cocoa beans, along with a recipe for the preparation of beverages in Spain. This still does not mean that Europeans of that time knew the taste of chocolate. Although the Spaniards liked the Mayan drink, the rest of Europeans did not like it.

In 1615, the daughter of the Spanish King Anna married the King of France, Louis XIII. The new queen immediately added the French nobility to a chocolate drink. The people of France wanted to sweeten it, so they started adding sugar. However, it is France that is becoming the cradle of the popularity of chocolate and from there it is spread throughout Europe.

The rise of chocolate production in Switzerland

In the 17th century, cocoa beans finally reached Switzerland, but became popular only in the 18th century. François-Louis Kyle first started producing chocolate in 1819, opening a factory near the city of Vevey (now owned by Nestle). Thus begins the glorious history of the chocolate industry in Switzerland.

In 1826, in the Neuchâtel canton, a factory opened the Sushard brand, which in 1884 began the production of the world-renowned Milka chocolate. 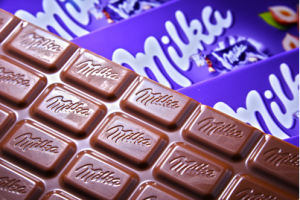 1870 can rightly be considered a time of growing glory for the Swiss chocolate industry. It was during this period that national masters created milk chocolate for the first time in the world, which quickly became everyone’s favorite. Another innovation that changed the taste of chocolate was introduced by Rudolf Lind. He notes that the chocolate production equipment is outdated and there is a lot of water in the chocolate mass. In an attempt to remedy the defect, the chocolate mixture is cooked for a long time while stirring. Thus, in 1879, the world’s first “conching” technique emerged, and the result is that the finished Swiss chocolate is tender and melts in your mouth.

The production of the iconic Tobleron brand – chocolate, known for its attractive shape and incredible taste, was launched in Bern in 1908. – the white. Strangely enough, it wasn’t until 2007 that hazelnuts and raisins came on the market. 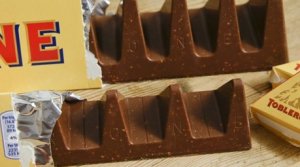 In the largest Swiss city of Zurich are the headquarters of the two most famous chocolate concerns – “Lindt and Sprungli” and “Teuscher”.

With such a remarkable story, it is no coincidence that the people of Switzerland are not only proud of their chocolate, but also passionate consumers of national pride. In one year, a total of 12 kilograms of chocolate is consumed per person.

The production of chocolate begins with the collection of ripe pods of cocoa. They scrape off the cocoa beans and allow them to ferment for a few days, then spread them out to dry. All activities so far have been performed manually. The fruits must be fully ripe to contain sufficient oil and to ferment well.

After peeling off the shells, the cocoa beans are baked at a temperature of about 140-150 degrees and baked for 10 to 35 minutes. The roasted grains are crushed and ground, which removes the peel. The cocoa butter must then be extracted by grinding. Ground cocoa beans turn into a thick, dark brown liquid called cocoa liqueur, but it does not contain alcohol. The cocoa mass thus obtained is pressed to produce pure cocoa butter, which is a necessary ingredient for chocolate production. The remaining solid mass was ground into fine cocoa powder. To make the chocolate, the cocoa powder and cocoa butter are mixed, but since the cocoa mass contains bitter aromas, it is crushed and the mixture is filled into stirrers called horse mackerel. This procedure lasts for 2 days, eliminating unwanted scents. The next stage is called tempering. In it, the mixture goes through warming and cooling processes, which give the chocolate the necessary consistency and important quality to melt in the mouth. Tempering also helps to smooth the glossy surface of the chocolate. Finally we come to the final product. The chocolate mass is poured into warmed forms, and after the chocolate has cooled it has the desired shape: candy, blocks or other chocolate dessert, which have various additives such as nuts or raisins. All we have to do is buy them from the store and lick our fingers. 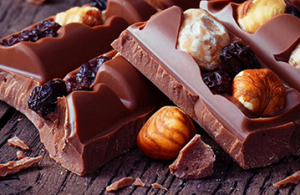 Chocolate is very sensitive to heat and humidity. The ideal storage temperature is between 15 and 17 ° C with humidity below 50%. It is good to keep the chocolate in the dark, which can be done by wrapping it in paper.

Overall, about 18 of Switzerland’s largest factories, which employ over 4,500 employees, produce about 200,000 tonnes of chocolate annually.

There are three main types of chocolate today: black, milk and white.

The dark chocolate composition, also called natural, has three main ingredients: cocoa powder, cocoa butter and powdered sugar. In turn, the more cocoa the product contains, the more bitter it is. At a minimum, this component should be at least 60 percent and higher, and less bitter dark chocolate is allowed to be 50 percent. Dark chocolate is considered to be the most beneficial of all because of its large amount of antioxidants and minerals (eg magnesium and iron). According to researchers at the University of Bern, it reduces the amount of stress in the human body and improves performance. 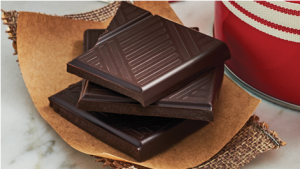 Milk chocolate contains less cocoa – 15 to 30 percent. This is because the main focus is on milk components (about 25 percent), cocoa butter (about 15 percent) and sugar. Milk chocolate is considered to be a very tasty and high-calorie product that will surely improve your mood. However, compared to dark chocolate, the benefits to the body are less.

The “youngest” chocolate – white, completely eliminates the presence of cocoa powder. The main ingredients are cocoa butter (at least 20 percent), sugar and, of course, milk (at least 14 percent). The milk may be condensed, dry or fresh. 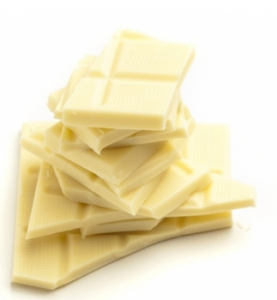 White chocolate was first marketed in 1930 by Nestle in Switzerland. The story of its creation is quite curious: the producers just wanted to discard the excess cocoa butter and the result was a new product.

This chocolate has the least useful properties compared to its “older brothers”. Unlike dark chocolate, vanillin is added instead of cocoa powder.