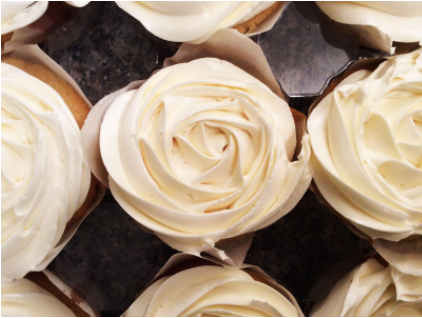 Top 5 Swiss pastries you should try

The Swiss  like to sweeten their lives not only with their famous chocolate, but also with many other culinary temptations. Some of them are part of the holiday tradition in the Alpine country, while others are a frequent guest at the table as a delicious dessert.

In the Top 5 of Swiss pastries that you should try, honorable places are occupied by: 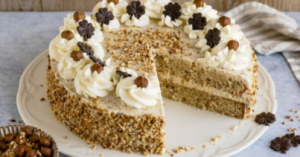 Fondue is the most emblematic Swiss dish and we can’t help but emphasize it in desserts as well. But the sweet version is made  not from cheese like the classic one, but from chocolate.

To prepare it, you also need a special container –  kakelon,  in which the chocolate melts, and this is usually done directly on the table. It is consumed with long forks, with the help of which  pieces of cake or fruit are dipped in it.

In addition to cake, it is served with  pancake rolls and waffles.  An interesting addition can also be marshmallows, and from the fruits you can choose strawberries, banana or pineapple. 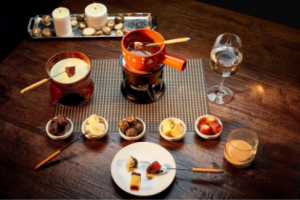 Nusstorte is a traditional Swiss cake with caramelized nuts, originating from the  canton of Graubünden.  Flour, sugar, egg and butter are used for the dough, and the filling is made from caramelized sugar, cream, milk and nuts, which are most often walnuts. Some recipes include a little honey.

The modern version of  Nusstorte has been widespread since the 1960s,  but was invented earlier. Although there are recipes for Nusstorte from the 19th century, they differ from their current form. The original cakes were not stuffed, and the nuts were mixed with the dough. The modern stuffed version of Nusstorte was first developed by baker Fausto Pult in 1926.

Bündner Nusstorte is usually made by small independent bakers,  scattered throughout Graubünden. For this reason, there are many recipes today, some of which are top secret. Nusstorte is cut into pieces that are eaten for dessert along with coffee or tea.

The cake can stay fresh for a long time, which makes it suitable for gifts that spread its fame around the world. 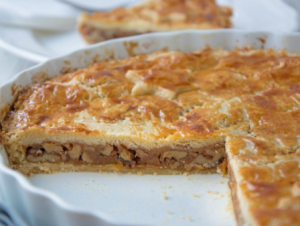 Swiss meringue are Swiss kisses made from egg whites and sugar, which are very popular throughout the confederation. Meringues are believed to have been created in 1720 by the Italian confectioner Gasparini in the Swiss  village of Meiringen in the canton of Bern . There are other legends, and among the contenders for a contribution to the delicacy are the French.

Kisses were a favorite delicacy in the court of French kings. Today’s popular form of meringue is due to the famous French chef Antoine Karem, and until the early nineteenth century, they were simply poured with a spoon before baking.

Meringues are made from egg whites and fine granulated sugar,  which are beaten until they become hard snow. Bake at 60 degrees for several hours, or maybe all night. There are now many types of these sweet temptations, including chocolate kisses. Meringue is also often used for spraying as a decoration on various pastries and cakes. 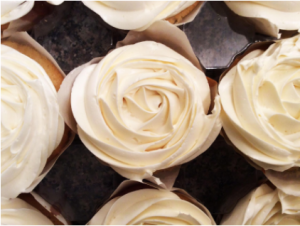 Zuger Kirschtorte is one of the most famous Swiss specialties. From the name it is clear that the delicious cherry cake originates from the canton of Zug.

Kirschtorte was invented by  confectioner Heinrich Hyun.  The first advertisement for the new cake appeared before Christmas 1915 in the Zuger Zeitung, which is why this year is considered the official invention of the cake. Hyun himself was inspired to create the cake from the blossoming cherry trees in the Zug region and the variety of fragrant cherry brandies.

Among the fans of the fantastic Swiss cherry cake, which is rapidly gaining popularity abroad, were  Winston Churchill, Charlie Chaplin and Audrey Hepburn.  In 2008, Zuger Kirschtorte was officially added to the list of Swiss culinary heritage.

The original Zuger Kirschtorte is made entirely by hand  First, two thin kissing marshmallows are prepared, containing egg whites, ground almonds and hazelnuts, baked to a light brown color, and one sponge cake. For the filling, butter cream is prepared, flavored with cherry schnapps and sometimes colored in pink with food coloring, initially made with beet juice.

To build the multi-layered cake, the butter cream is spread on one of the kissing loaves, which is then covered with a sponge cake. It is then syruped with a mixture of sugar syrup and cherry liqueur. Then another layer of butter cream, covered with the other kissing layer, and finally the whole cake is  covered with butter cream, sprinkled lightly with powdered sugar on top.

It is spectacular to garnish with candied or marinated sweet cherries from above.  The taste of Kirschtorte is indescribable  and it is therefore best to try this Swiss culinary a masterpiece.

Zuger Kirschtorte is also bought by tourists as a typical “souvenir” from Zug or sent as a gift abroad . More than 250,000 cherry cakes are made in the canton of Zug  every year. There is interest in the Zuger Kirschtorte all year round, but it reaches its peak during the Christmas season. 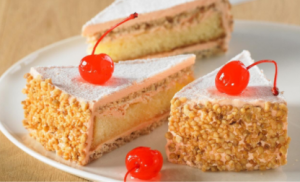 Birnbrot, which literally means  pear bread is a traditional cake originating in Switzerland.  It is prepared with a filling of dried pears is widespread throughout the country. The dough is thin and the filling also contains raisins, walnuts and other dried fruits such as apples or figs and candied fruit.

The following are used for flavoring:

Similar to pear bread are Birnweggen, which literally means pear rolls.  The difference between Birnbrot and Birnweggen  lies in the method of preparation and the geographical distribution.

Pear bread was originally invented by clever Swiss peasants,  to mix expensive wheat with cheaper dried fruit. Nowadays, Birnbrot is a popular pastry around Christmas and New Year. However, it is available all year round in German-speaking Switzerland and is eaten with butter and fresh cheese with tea or used as picnic food for tourists or skiers. 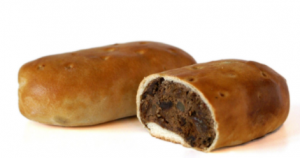