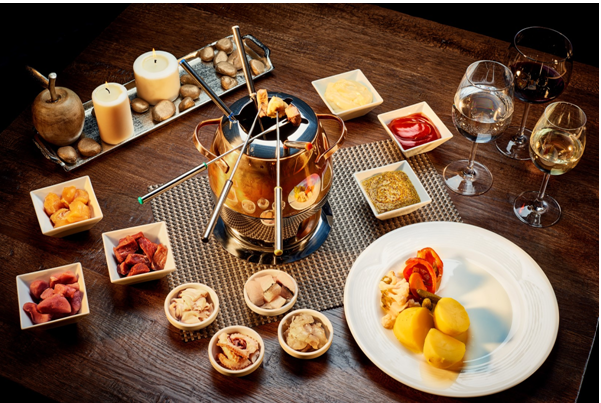 How has Swiss cuisine changed?

From time immemorial to the present day Swiss cuisine is known and liked by true connoisseurs around the world as a unique combination between history, traditions, home comfort and sophistication. Like anything else over the years, the culinary traditions of this country are subject to evolution.

But how has the local cuisine changed over time and what are the reasons for these transformations? The answer has many aspects that we will try to address. 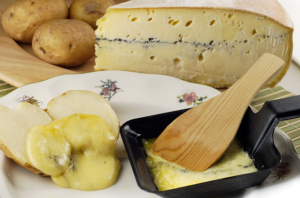 Economic factors are important for the development of traditions. Some dishes change or disappear, for example, due to changes in the market – the absence or appearance of some products from abroad, for example. And this, of course, is also directly influenced by political events.

Due to trade and cultural exchanges with the surrounding countries, Switzerland has adopted some gastronomic customs from France, others – from Italy, others – from Germany. Interestingly, although it is largely German-speaking territory, it has formed a completely unique culinary blend, different from that of all other close cultures. This is certainly a consequence of a set of prerequisites.

Dishes brought by immigrants to Switzerland

Over the years, the number of immigrants there has increased and today a quarter of its population is of foreign origin. After World War II, Switzerland actively received refugee waves from all neighboring countries – France, Germany, Italy. To date, the country’s largest minorities are Germans, Italians, Albanians and people from the former Yugoslavia. All these cultures leave their mark on the kitchen. 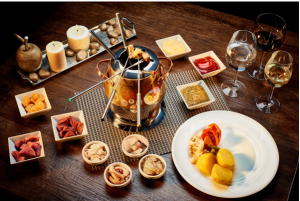 Although the Chinese in Switzerland make up less than 1 percent of the total population, their specific cuisine has also interacted with local culinary customs. Namely, in the Alpine tradition of making fondue in special dish straight on the table and eat with company.

It turns out that it is quite similar to a typical Chinese dish. Its name in China is “huo guo” – literally translated as “hot pot”, and in the west it is most prevalent with its English name “hot pot” (hot pot).

It is in Switzerland that variants of the combination between these two similar dishes have emerged. Today, they can be tried in many of the Chinese restaurants and are truly incomparable in taste.

There are also a number of people of Arab descent in the country. Basically, the waves of immigration from the Arab world began in the twentieth century. But ten centuries ago there were Arabs in these places during the historical invasions of the X-XI century. This has also left its mark on local cuisine.

Of course, time also has an influence on the development of Swiss cuisine. In the 1930s, Senovis was developed in Switzerland – a product similar to Italian pesto. It is used to flavor meat and other dishes. and also often the locals eat it directly on a slice with or without butter.

Senovis is made from brewer’s yeast, vegetable extracts and salt. Even one of the foods the country is best known for – the typical breakfast muesli with lots of fiber and fruit – was not invented until the early twentieth century. As a ready-made food in the shops appeared much later, only in the late 50’s. 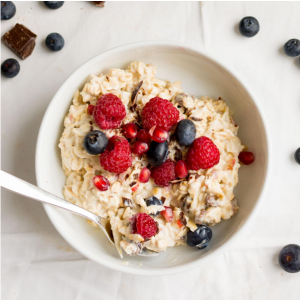 Vegan and vegetarian cuisine in the realm of milk and meat?

Another serious factor that has affected cooking on a global scale and has definitely not passed this country, these are the tendencies more and more people to give up eating meat, and some – all kinds of dairy products and others foods of animal origin.

Initially, meat and dairy products have a very high status in the Alpine region, but did you know that the oldest vegetarian restaurant in the world is not located anywhere, namely in the Swiss capital Zurich!

In recent years, however, this has changed and many traditional recipes have been adapted into a vegetarian or even vegan version. Even the iconic Swiss chocolate can now be found in a version with pure sugar-free cocoa or milk with rice or nut milk instead of cow’s milk.

Vegan bretzels without butter can now be bought in stores in Switzerland – wonderful, fluffy pretzels with a characteristic shape of a woven wreath. Even the famous Swiss cheese can be made without a drop of real milk!

Is it possible to replace all animal products in alpine recipes with equivalents of plant origin? The answer seems to be yes. Nowadays, everything that science has set for itself is achievable.

There are many different recipes, usually based on coconut milk, vinegar, agar-agar, salt and some other spices as desired. With the cheese prepared in this way, you can make a completely vegan and hellishly delicious fondue.

Certain changes have also taken place in alcohol in Switzerland. In 2005 the ban on the production of original absinthe was lifted – something which was banned at the beginning of the last century. 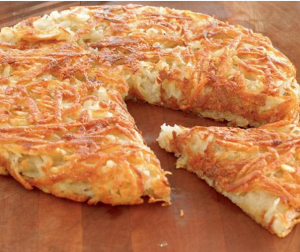 However, some things are beyond time. Few connoisseurs are aware that Switzerland actually grows purple gold – the valuable spice saffron. It is grown in the village of Mund, located in the canton of Valais. There is evidence of this since the XIV century, and today this farm is dedicated to lands with a total area of ​​over 14 thousand square meters.

Of course, it does not produce the huge quantities that countries like Spain and Iran can boast, which have a much larger area planted with saffron. The annual yield of saffron from Valais amounts to about two kilograms. However, as a quality it is first class.

It is also the reason why the tourist season is especially strong in October and November, when the saffron harvest blooms. The culture of growing saffron has given birth to many delicious recipes that are still a favorite of locals and tourists coming to the Vale region. One of these dishes is the famous risotto with butter and saffron from Moon.

Swiss wines continue to be famous for their high quality. According to an old custom, in most cases the typical fondue is seasoned with homemade white wine. Roasts, raclette, alpine pasta (Älplermagronen) – all these dishes from childhood are still highly respected by the locals.

2021-02-12
Previous Post: Swiss specialties for vegetarians / vegans
Next Post: Fondue in bread – what is the secret to cooking