The Swiss herbs and spices

Switzerland is a country in which the herbs and spices are given a special respect. And today, if you go into a Swiss home, you will find at least several types of herbs, which the hosts grow, to have a fresh condiment or herb always at hand.

The country is blessed with incredibly beautiful nature, high mountains, green meadows, and pristine lakes, around which, a great variety of herbs and spices grows.

What are the most popular and frequently used herbs and spices in Switzerland?

Before we make you familiar with the favourite plants and spices from Switzerland, we will make а little clarification about these two terms, as they are often used interchangeably but in fact, the herbs and spices have different application and characteristics.

The herbs are used for the treatment of diseases, in the cosmetics, or for aromatherapy, as well as for cooking, to enhance the flavour of the prepared food. The plants are used mostly as fresh and are added to the dishes in the last minutes of the cooking, or after it is finished.

Spices are used mainly in the cookery; most often they are dried and added to the dishes in order to improve the flavour of the food. Usually, the herbs are used as “bouquet” or otherwise said, several spices, dried and ground, are combined to add a better flavour and taste to the dishes.

After we did this little deviation, let’s move on to the Swiss herbs and spices, which are extremely various.

The herbs and spices that are used in Switzerland 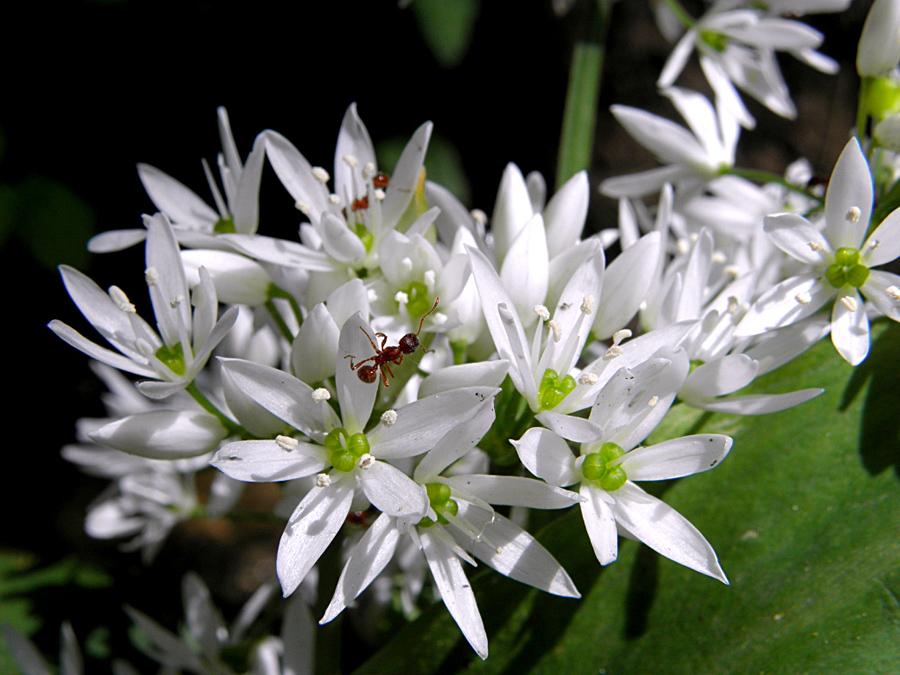 Famous in Europe, with many names among which ‘bear onions’, ramson, Siberian onions, the alpine wild garlic is one of the traditional Swiss herbs. The plant has wide green leaves, and it blooms in beautiful white colours. It is called wild garlic since the flavour is like something between onion and garlic.

In Switzerland, the herb grows early in the spring, high in the Alps, from where people who live in these regions pick it up. In the commercial network, the herb is offered in dried form but hardly something can replace the taste of the fresh alpine wild garlic.

The Swiss use the herb for the preparation of salads, as well as they add it to the various traditional dishes.

In addition to its magnificent gustatory qualities, the alpine wild garlic also has numerous health benefits. The plant has antibacterial and antifungal properties, it normalizes the high blood pressure and the cholesterol levels and during the First World War, they used it for treatment of dysentery.

Marigold is widely used for the preparation of medicines as well as for the flavouring of the Swiss dishes. The plant has light green leaves, and its colours are golden – orange. The marigold tea is very healthy for relieving of the acute ulcer conditions, fever, jaundice, gastritis, chronic inflammation of the liver and others.

Usually, we relate the basil to the Mediterranean cuisine, but the herb is used a lot everywhere in Europe. The plant is easily adaptable and could be grown even in domestic conditions (in a flowerpot). In Switzerland, the herb is used as a side-dish to salads, soups, pizzas, dishes with mushrooms, salmon, and others.

Even the ancient Egyptians praised the qualities of this incredibly healthy and very aromatic herb. In fact, we can say that the peppermint is one of the most widely used herbs in the world.

In Switzerland, the plant is used in the cookery, as well as like a side-dish to salads, desserts, meat and fish dishes, for the preparation of tea or cold drinks and for the treatment of different diseases like insomnia, depression, and others.

Peppermint tea helps for increasing the concentration, soothes and stimulates the stomach functions, and the ethereal peppermint oil eases the muscular pain and the headache.

The name of the plant comes from Greek and means “balsamic bush”. This plant is often present in the Mediterranean cuisine but it is known and used in Switzerland as well. Same as the basil and the peppermint, the rosemary is grown in domestic conditions, as well as (so that there is fresh herb always when it is needed) in organic farms high in the Alps.

The Swiss use the rosemary mostly for dishes from the Italian cuisine, in which the fresh herbs and spices are requisite.

Tansy is a perennial plant that grows everywhere in Europe, including in Switzerland as well. The plant has elongated leaves and numerous small and deep yellow blossoms.

Although when the leaves are young, salad can be made of them or can be added to soups, the tansy has a rather unsavoury, slightly bitter taste and therefore, it is rarely used in the cookery.

Traditionally in Switzerland, tansy is collected, dried and used to alleviate menstrual pain, to clear the body from worms, for the treatment of edema, for the healing of wounds and others. 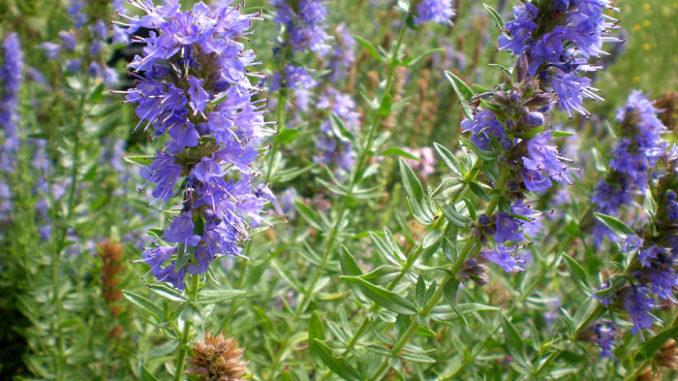 The hyssop has exceptionally many healing properties, which make it a quite well-known and used in the folk medicine. The medicinal plant is typical for Switzerland and can be found in the high mountain areas.

In the Swiss cuisine, the herb is used as an aromatic condiment for meat and sauces, as well as to add a typical flavour of the popular worldwide Swiss absinthe.

The essential oil from hyssop relaxes the nerves, reduces the stress and relieves the pain from sprains.

Again, it is an extremely popular and used all over the world herb, which comes from Asia and Southern Europe but grows successfully in Switzerland. Wild thyme is used for flavouring of fish, local dishes, salads, pizzas, spaghetti, as well as for the preparation of tea and healing infusions.

The herb grows mostly on dry, limestone slopes and blossoms from July to September, and is one of the few herbs that retains its flavour and taste qualities even in a dried state as well.

The plant is used in the cookery for dishes of the Italian cuisine, as a spice for sausages, in soups, for dishes with potatoes and others.

The ‘common rue’ grows in the low, rocky parts of Switzerland and is used mostly in the folk medicine, as it has a painkiller and blood-pressure-lowering action.

In Switzerland, the bay leaf is grown and used in fresh, as well as in dried condition. The bay leaf flavour is quite specific and it combines beautifully with fish, meat and vegetable dishes from the traditional and regional Swiss cuisine.

The spice has an after-taste of anise, and in Switzerland, it is mostly used for flavouring of dishes of the French cuisine.

Both exotic spices are typical for dishes from the Asian, Arab and Indian cuisines, but from far back, they have been used to add extra flavour and taste to various dishes and mostly to pastries in the Swiss cuisine. 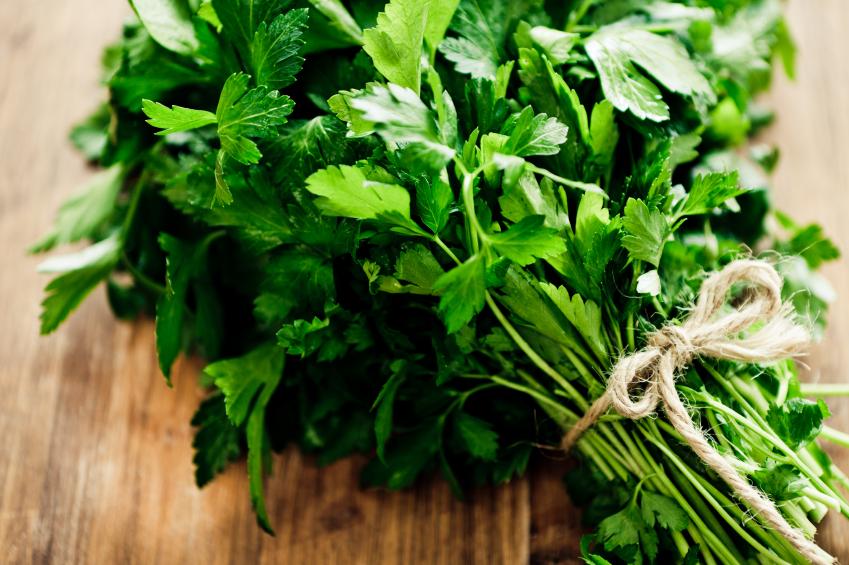 You will not find a cuisine in the world in which, parsley is not used. This condiment is used very widely in the Swiss cuisine to flavour salads, dishes with veal, pork, chicken meat, fish, aubergines, Parmesan and others.