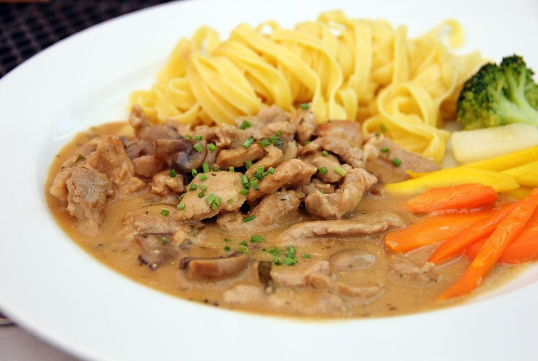 Switzerland has historically been a land of farmers and that is why Swiss dishes are traditionally simple and nutritious. Along with their famous cheeses, alpine people love to eat meat that is suitable for the harsh mountain climate.

According to a national nutrition study MenuCH, Swiss people eat an average of 780 grams of meat per week, which, no matter how you look at it, is a major achievement. The amount is different for both sexes. Men eat 980 g and women “only” 570, according to the survey.

The meat in Swiss cuisine is so plentiful and delicious that if you visit the alpine country, there is no danger of becoming a vegetarian, unless you are very attracted to vegetables. 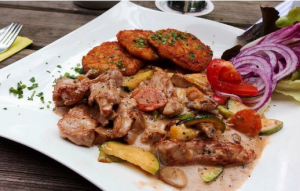 What meat is cooked and why is its quality so high?

The most popular meats in Switzerland are:

Meat specialties are different, but there is something in common between them all. This is the high quality of meat, for which there are a number of prerequisites. Switzerland offers the best conditions for farmers and meat producers to work in a way that is favorable to animals and the environment And this makes Swiss meat more environmentally friendly than imported meat.

Slightly more than two thirds of the arable land is green areas used for livestock. Due to the heavy rainfall in Switzerland, farmers are largely able to do without artificial irrigation of meadows and pastures.

Switzerland produces 86% of animal feed, so only 14% is imported. The Alpine country has one of the strictest animal welfare laws in the world. It stipulates, for example, that the time for transporting animals may not exceed 6 hours. By comparison, in the EU, the permitted time for transporting pigs is up to 24 hours.

As a result of all measures, Swiss meat means safety and quality and its path can be fully traced from the yard to the store and the stove. 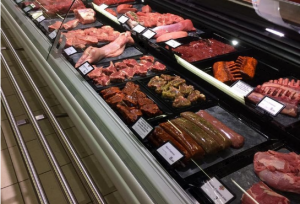 Swiss cuisine has strong traces of influences from neighboring countries, among which the main contributors are French, German and Italian cuisines. Also, culinary traditions in different regions of the Confederation have their own characteristics and iconic dishes.

If you go to Zurich, you should definitely try the famous local dish Geschnetzeltes. In its classic version is a thin strip of beef with mushrooms in a creamy sauce. If pronouncing the name of the dish is a challenge for you, then you can easily order it by saying Zurich beef with creamy mushroom sauce and you will be understood.

In addition to beef, it can be prepared from chicken, which is cut into thin strips. Fry the meat over high heat until light crust. Then stew in a thick sauce with mushrooms, white wine, pickles or fresh vegetables and aromatic spices.

The result is that the meat melts directly in the mouth. This classic Zurich specialty is usually served with crispy and golden potato chips. Alternative garnish options are also spätzle (type of pasta), rice or mashed potatoes. 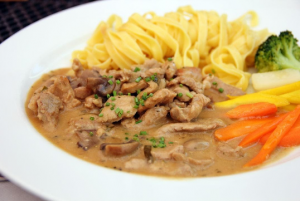 Meat is so revered in Switzerland that even the most famous local culinary classic – fondue, which is usually melted cheese, can be prepared with meat. In this case, the meat is cut into chunks and dipped in hot fat. According to your preferences, the meat can be chicken, pork or beef. Served with a garnish of boiled potatoes, cauliflower, pickles and sauces. 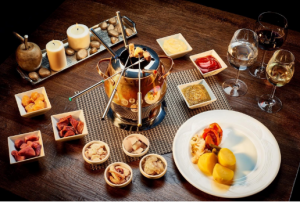 Not only Vienna can eat delicious schnitzel. The Swiss also make excellent schnitzels. For their preparation pork leg, eggs, potatoes, onion, dry white bread, salt are needed, and for their seasoning black and red pepper, mustard and yellow cheese are used.

The technology is not complicated:

Alpine meat pie, known as Pastetli is another traditional Swiss dish. Pie is a basket of puff pastry, which is first baked and then filled with various products. Meat and mushrooms are most often used for stuffing, and sometimes they are stuffed with chicken and bacon, chopped sausage or minced balls.

To them are added onions or leeks onions and spices such as black pepper, parsley, etc. Drizzle with a sauce made from butter, flour and cream with meat broth or a little white wine. It can be served both as a main course and as a supporting breakfast. 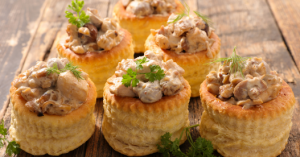 In addition to cooked meat dishes, there are many meat products in the Swiss culinary tradition. In Switzerland, people like to meet to enjoy socializing and eating together. The aperitif is very popular for almost any occasion. This is also related to the many fine meat specialties that are served as an appetizer to various drinks, such as a glass of white wine or cold beer.

It’s nice to end the day in style and spend time until dinner, indulging in culinary delights with friends.

Bündnerfleisch is the most famous of all Swiss meat specialties. Appetizing pieces of high quality beef are dried in the fresh mountain air and thus their taste is formed naturally. 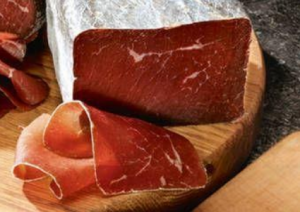 Among the favorite meat products is the Swiss national sausage Cervelat, which can be prepared in various ways – from skewered on a campfire to the famous Swiss salad with sausages. Salsiz is a raw sausage made from beef and pork. It comes from Graubünden and is suitable as an ingredient for local traditional recipes. The list is long, because the more the Swiss regions, the more the meat specialties, and even more. 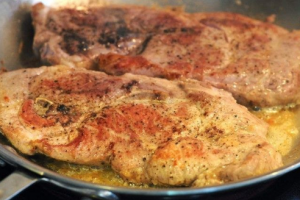