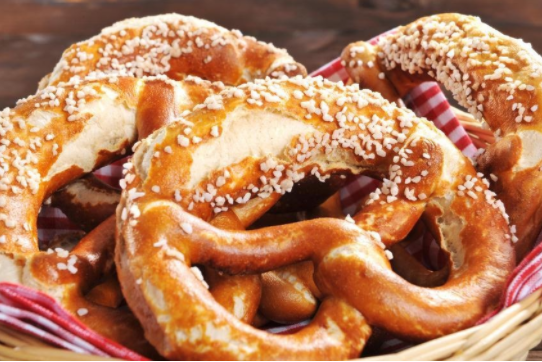 Swiss bread – what makes it different

Bread is highly respected in Switzerland and each region and city is proud of its unique pasta. The variety of bakery products in the Alpine country is impressive Swiss bakeries produce over 350 types of pasta.

The tradition of bread production comes from time immemorial, and the craftsmanship and recipes have been perfected over the centuries to admire today the locals and tourists with their perfect taste. 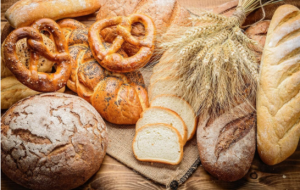 Baking bread in the Swiss lands dates back several millennia. Archaeological finds show that as early as 3530 BC in modern Switzerland, people ground flour and baked cakes on hot stones. In the museum in Zurich you can see bread that is 6000 years old.

The first bakeries appeared in the monasteries in the Middle Ages. With the development of the cities and the increase of the population, the need for bread began to increase and then bakeries were opened, which began to supply the locals with bakery products. There are now about 3,300 industrial and private bakeries in the country.

Local types of bread are a source of pride for the Swiss. The varieties in each canton differ in their ingredients, technology and form, but at the same time they have something in common, common to all. And this is the crispy crust, which can be thin or thick, furrowed or smooth.

The unique taste of Swiss breads is also due to the high quality of the products used by bakers. The smell of fresh bread evokes thoughts of home comfort in beautiful alpine houses. 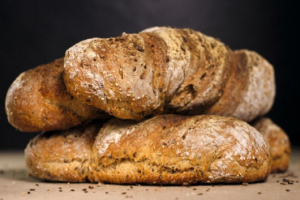 The respect of the Swiss for the living is evidenced by the many legends, verses and proverbs dedicated to him. Another interesting fact is that the Swiss, unlike most people in the world, do not believe that bread can not be a dietary product.

They even invented the so-called bread diet. It relies mainly on bakery products from wholemeal and multigrain flour, which have a high content of nutrients.

It may sound strange, but this diet aims to reduce the caloric content of food. The slices can be combined with low-fat cottage cheese and other lactic acid products, as well as with lean meat.

You can eat more fruits and vegetables and drink tea. The advantage of the Swiss bread diet is that it is useful, cheap and easy to follow anywhere.

The range of Swiss bakery products is so rich, that every day of the year you can try a different kind. Among the most common types are:

This is one of the most recognizable Swiss breads. It originates from the German-speaking canton of Bern, but is very popular throughout the Alpine country. The most characteristic of Zopf is that it resembles a class of wheat, and its name in German means braid. 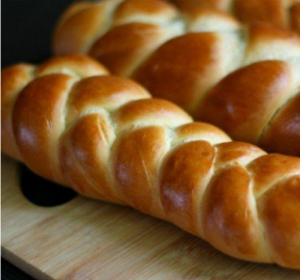 Its appearance is spectacular and is considered ritual bread. According to legend, its origin is associated with an old custom in which widows, when parting with their deceased husband, had to bury their cut braid with him. But over time, this tradition has changed and the function of this hair began to be performed by bread, which is known in Switzerland since the middle of the 15th century.

To prepare this unique Swiss bread you need:

To get the characteristic “braid”, after you knead the dough, you need to divide it into 2, 3 or 4 parts. Each is made into a thin “sausage” and intertwined. Leave the bread to rise and spread it with egg yolk before throwing it in the hot oven.

Here is a recipe for Zopf, with which you can diversify your home holiday menu:

Then beat the egg and separate the yolk from the egg white. Brush the braid with egg yolk and place in a hot oven at 200 degrees. After about 30-40 minutes the rosy Swiss braid is ready. 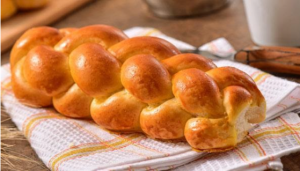 The birthplace of this interesting “double” bread is Basel, but it is liked all over Switzerland. It is said to characterize the unity of the city and the province – Basel-State and Basel-Land. It is not known since when Basler Brot was made, and the recipe for it first appeared in a magazine in 1944.

In Switzerland, they prefer the bread to be broken, rather than cut, which is convenient in this case. The bark of Basler brot is thin and crispy, and its inside is porous. Both wheat and rye flour can be used to knead the dough.

The most important thing is to follow the “double” form. It is obtained by forming two oval loaves, which are placed close to each other in the pan and thus stick together during baking. It is characteristic of bread that it is baked at a high temperature. 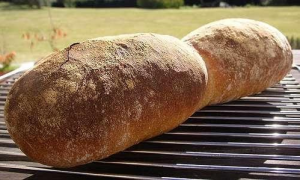 Lovers of natural aromas and flavors will fall in love with it with the first bite. The combination is of several textures – moderately thick rind, soft core with a hint of fruit and crunchy walnuts combined with sweet raisins. Its appearance is a little rough and imperfect and does not look like taken out of the assembly line, which gives it extra charm. 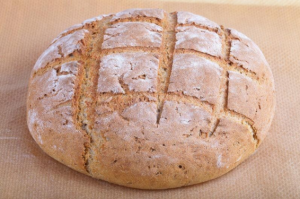 You can eat it with a lump of butter, olive oil or nice cheese. Fans of jam can spread it with honey.

The preparation of this bread is very simple and there are different options – with or without raisins, nuts or other fruits. The main feature of rural bread is the use of natural leaven, which is prepared in water from soaked raisins. It provides excellent leavening of the bread, as well as its unsurpassed taste and aroma.

To prepare the sourdough, it is necessary to soak the raisins in water for 5-6 days before baking the bread. Cover the dish with a lid and leave at room temperature – preferably 24-26 ° C. If the liquid makes bubbles and emits a sweet smell, this indicates the activity of natural yeast, so you can start preparing the dough.

And Zurich has contributed to the variety of pasta in Switzerland. The classic Zurich Bretzel is a favorite of all Swiss, and tourists do not miss to try it. It’s not exactly bread, but it’s for making sandwiches.

In fact, bretzels are pretzels, but they are not only a snack, they are also a good appetizer for beer. From them you can make nice sandwiches by cutting them crosswise and spreading butter on which to put cheese or ham. Then the two parts are covered and something very tasty is obtained.

Bretzels are of many types, and may or may not be stuffed, sprinkled with salt or seeds. 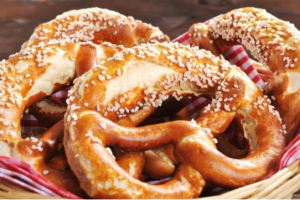 After kneading a tight dough, it forms a thin “sausage”, which is cut into 6 pieces of about 40 cm. The most difficult is to get the characteristic appearance of the bretzels.

Once formed, they are left for ten minutes under a towel. Pour water into a saucepan in which they will boil. Add soda and as soon as the water boils, release each bretzel for about 30 seconds.

Then place baking paper and allow to cool. Bretzels are sprinkled with coarse salt, seeds or other spices and placed in a preheated oven. Bake for about 20 minutes.