French cuisine – what we don’t know about it

Everyone knows that France is a true gastronomic paradise. No other country in the world has paid such attention to food. Traditional French cuisine is characterized by a variety of flavors, exquisite combinations of ingredients, special cooking techniques. Whether it’s breakfast, lunch or dinner, it can always be culinary extravagance.

Along with Chinese and Georgian, French cuisine is referred to as the most diverse, vibrant and original on the planet. The French really know how to cook and consider cooking as an art, and famous chefs are considered to be kind of poets.

It is a well-known fact that the concept of high or high cuisine – that is, sophisticated, based on sophisticated cooking and unusual products, is being introduced for the first time in France, accompanied by a special presentation. The most famous and respected culinary guide in the world Michelin is also of French origin. However, French cuisine is so vast that there are many things that are little known for it.

French cuisine is conditional divided into three parts. In addition to high cuisine, which is extremely gourmet cuisine, there is a common common cuisine and regional cuisine. Simple and homemade food in France is valued no less than dinner at a restaurant.

French masters believe that ready-made recipes serve only as a base for cooking to which each housewife can bring something of their own and thus make their dishes special and different from the dishes of the same name, served in restaurants or other families.

Compared to other European countries, French cuisine uses less dairy products. The only exception is cheeses known worldwide. A dish with cheese and lettuce will certainly be there served before dessert.

In fact, this is rather exaggerated: there aren’t that many bases for sauces – they are no more than a dozen. However, on this basis, the inventive French chefs have been able to create hundreds of varied and complex combinations.

A map of the world can be drawn from the names of sauces. French chefs have invented Dutch, Portuguese, Italian, English, Bavarian, Polish, Tatar and Russian sauces It should be noted that none of them are relevant to the respective national cuisines – they rather reflect the fantastic ideas of the French for foreigners . So, the Russian sauce got its name because of the caviar in it, although its other ingredients – mayonnaise and lobster broth, are not as popular in traditional Russian cuisine.

Sauce names can be infinitely listed: “musketeer”, “diplomat”, “financier”, “sailor”. And what names are given in honor of expensive fabrics – “velvet”, “muslin”, “silk”. They emphasize the delicate texture of sauces. 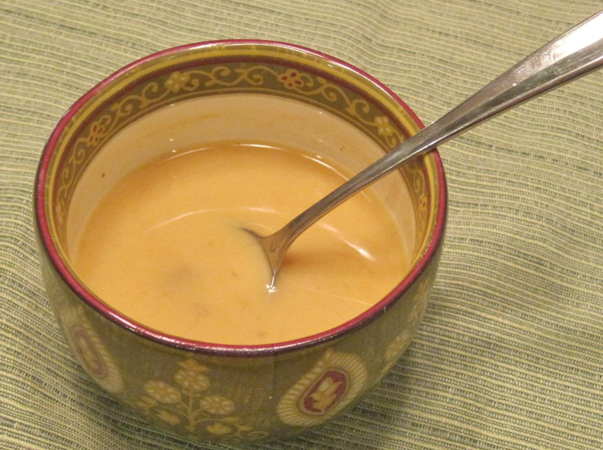 The arsenal of French culinary spices is slightly different from ours with the widespread use of leeks, tarragon, rosemary. The addition of these aromatic herbs is desirable as they give the food a special taste and aroma. A characteristic feature of French cuisine is the widespread use, especially as a side dish to main dishes, of vegetables such as artichoke, asparagus and lettuce.

They say that there are as many as 22 national cuisines in France – as many as European regions in the country before the merger of some of them in 2016. Each cuisine depends on what is grown in the area and on the geographical location and influence of the neighboring countries. countries. Each French region is distinguished by its typical cuisine and local specialties.

For example, in the north the kitchen is characterized by the use of butter and cream, and in the south olive oil is poured. In the north, the meals are denser and heavier, and in the Provence diet it is Mediterranean.

This has its natural explanation. For example, in the northwestern part of France – in Normandy, there are many fields, which is a prerequisite for the cultivation of cattle and fruit trees. Therefore, the cuisine of this region includes many cheeses, cream,  and also apples.

Alsatian cuisine, characterized by satiety and more extensive use of pork and cabbage, also has its own characteristics. Coastal residents naturally use more seafood in their kitchens.

For example, in the province of Brittany, which is located on the ocean coast, much of the food comes from the water. They prepare unique seafood soups and dishes such as mussels, crabs, shrimp and, of course, fish.

In some regions of southern France, the menu is heavily influenced by the traditions of the neighboring countries. Near Spain, recipes often include peppers, tomatoes and sausages.

In some regions of southern France, the menu is heavily influenced by the traditions of the neighboring countries. Near Spain, recipes often include peppers, tomatoes and sausages.

In the border areas with Italy, the use of a lot of olive oil and spices such as basil, oregano and rosemary, which are typical of Northern Italy cuisine, has come into play. In the southern provinces, food is also characterized by the high use of wines and spices in its preparation, especially garlic and onions.

All this adds charm to regional cuisines and makes them unique even when the main products are the same. If more aromatic herbs are added to the meat in Provence, then Burgundy will cook it with wine.

Let us also mention some of the typical regional specialties:

Brandad is a typical Provence dish. This is a pate that is made from salted dried fish cod and olive oil. Due to the abundance of fresh seafood, there are many other fish temptations such as eskabesh. These are pieces of raw fish that is marinated in olive oil, lemon, onion, carrots, peppers and herbs. 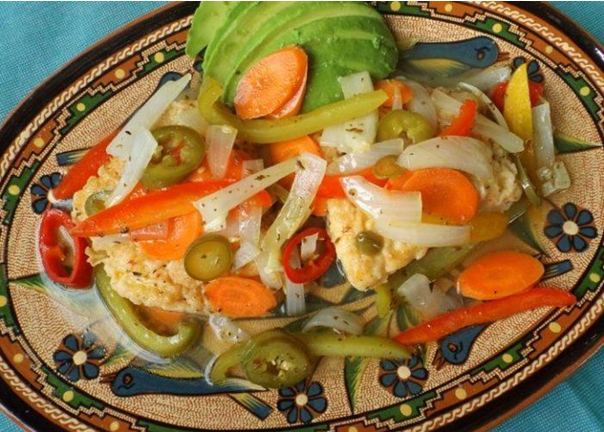 Bouillabaisse is a favorite dish of southerners. Buyabes is a thick soup made with different types of fish and other seafood. Served with toasted aioli bread  – this is homemade mayonnaise with olive oil and garlic.

Do you know where the glory of the delicious and colorful Ratatouille  comes from? From the beautiful Nice on the Cote d’Azur. This is a dish of stewed seasonal vegetables that can be served as an order, as a main course, or simply as a side dish for meat.

In the capital of the French Riviera is prepared and an exceptional salad nisoaz. It’s a delicious mix of salads, tuna, boiled potatoes, anchovies, capers, sliced ​​boiled egg, tomatoes, red pepper, olives, shallots and artichoke, and dressing is vinaigrette. 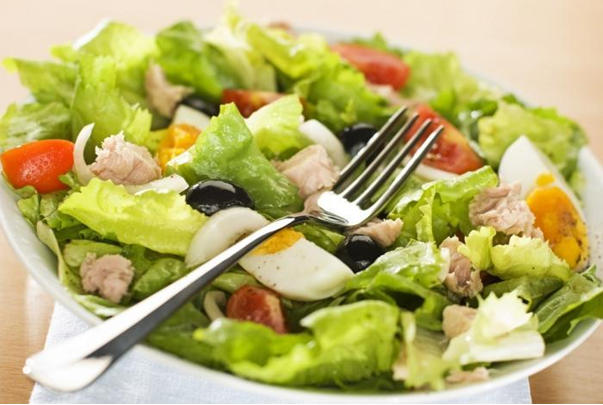 Fresh bread is a special tribute in Provence, where it does not sit on the table without it. There are many varieties, and one of the prominent representatives of baking is fugas. It is a flatbread that has characteristic cuts in the form of a grain grade.

Fugas dough is mixed with white flour and has a tough consistency. The bread can be sprinkled with spices or nuts, served with baked cheese and eaten alone as a breakfast. 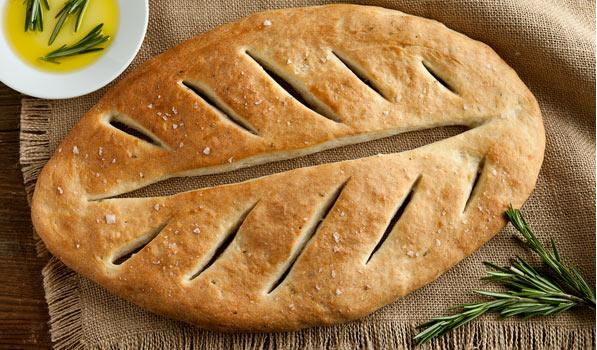 Flambee with the brandy, pour the cider, add the apples and onion and let the dish simmer under the lid. Finally the cream is poured and flavored with nutmeg. For the garnish, roasted celery with honey, white wine, butter and thyme is served.

How expensive is French cuisine?

Often the term French cuisine is considered synonymous with high cuisine. This makes many people think that French chefs’ culinary creations are more expensive. And if this is true of the gourmet kitchen, it is not valid for home-cooked food at all.

The frugality of the French, which has become proverbial around the world, is also reflected in French cooking. The French themselves have the notion of ‘kitchen leftovers’, pointing to virtually no waste cooking.

The bark of vegetables and fruits, the leaves of many plants, the offal, yesterday’s bread – everything works, nothing is thrown away. If you go to a French home, the table does not have to be broken by the weight of the dishes.

The hosts can offer you drinks and serve what is called “amuse-gueule” (something like “throat fun”). These can be small cookies combined with salty and sweet additives, sandwiches and other small appetizers we think. “Having fun” with these “little things” however, you can “fool” your stomach and get enough without burdening the owners pocket.

Another expression of the frugality of the French housewives is that, in their view, even an unsuccessful meal can still be made edible and served and again many sauces come on the scene. Therefore, there is even a proverb, a short version of which states that “the architect conceals his faults with the facade and the cook with the sauce.”

With the help of sauces, the French chefs give the dishes a certain taste and aroma and with the same composition of the main products they manage to diversify their food. If the housewife has a pre-cooked broth in the fridge it doesn’t take long to cook the sauce. 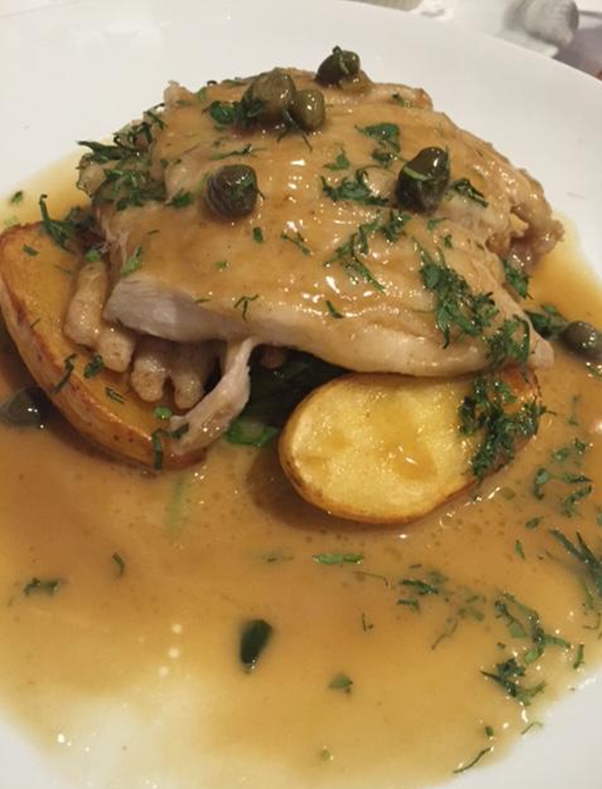 2020-03-12
Previous Post: Swiss cuisine – what we don’t know about it
Next Post: Typical dishes for the Alpine region