Characteristics of the French cuisine

Today, wherever we go, French cuisine is regarded as a benchmark for sophistication and superior taste. In the different regions of the most romantic country in the world we can taste typical local dishes, in which ancient traditions are intertwined with innovative approaches to flavoring and combining different ingredients, as well as elegant and sophisticated presentation. Nowadays, the United Nations Educational , Scientific and Cultural Organization (UNESCO) already considers French cuisine a World Heritage Site. But the French culinary tradition has not always been the world’s top cuisine. It has been developed as the highest art of the last century on the basis of the inherited traditions that have already been established in the centuries.

French cuisine varies from region to region, sometimes from city to city within just a few kilometers. However, we can generally divide it into two – the cuisines of Northern and Southern France . Farms predominate in the northern part of the country and are home to nutritious homemade food . Beer is also used here to prepare some of the dishes. In the southern French regions, cuisine is more strongly influenced by traditions in the Mediterranean countries. It is because of their interaction with them over the last century that the French have mastered the habit of eating olives and using olive oil in cooking.

The most characteristic of French cuisine is to take the best of all the ingredients and combine them in a way that preserves the individual taste of each one. 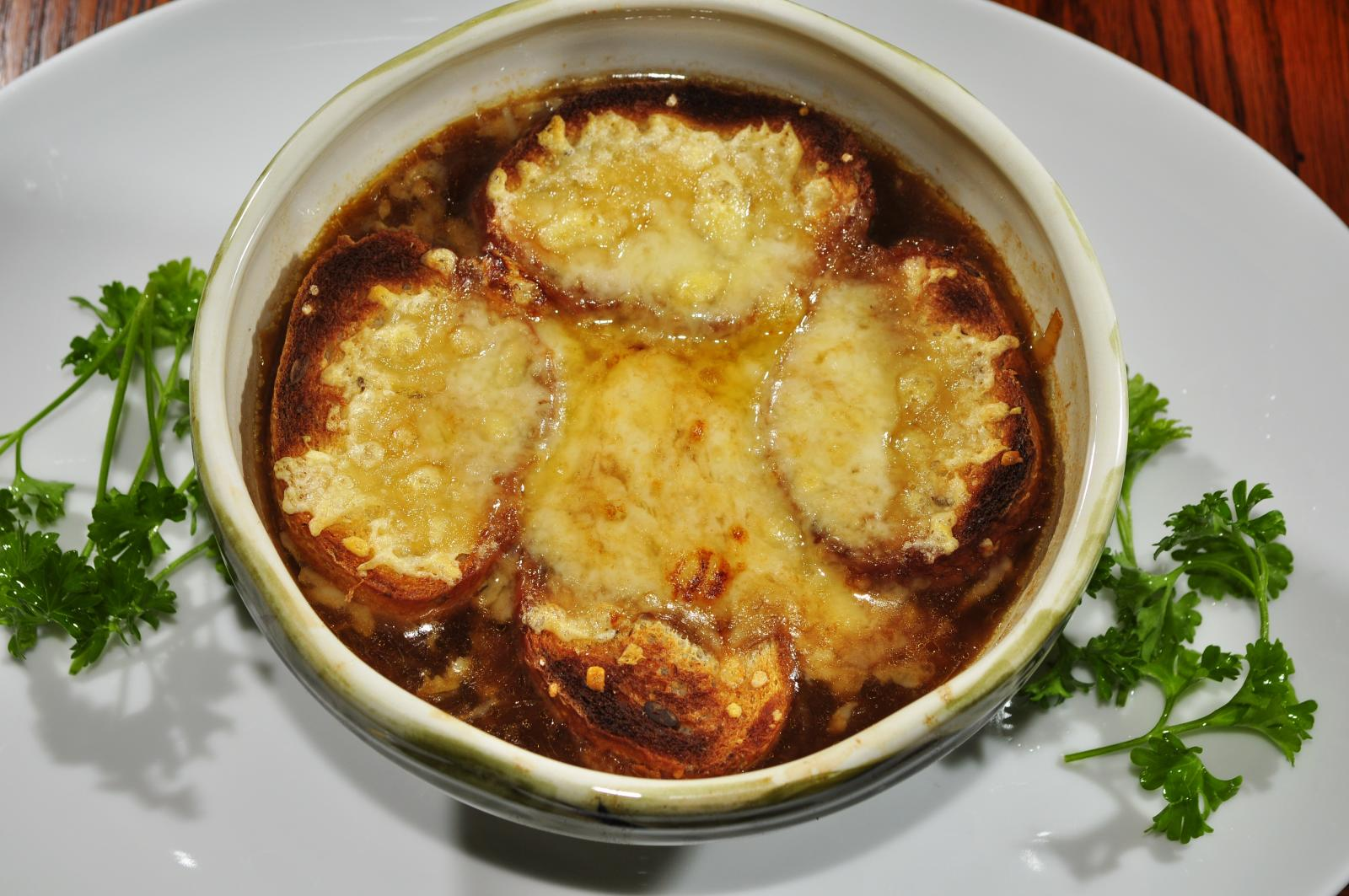 The classic French onion soup is not accidentally selected as the object of regular jokes in the English series Hello, Hello – it is so typical of France that the situation is similar to that of rice in China. Onion soup is one of the things you’re most likely to eat when it comes to homemade food.

Therin is a pate that is prepared in a special container bearing the same name. The terraces are usually made of clay, but today they are also made of metal. Terrine may have the same composition as our home-made pate , but the French most often make it from game meat like pheasant or rabbit , adding pork fat to achieve a characteristic texture. 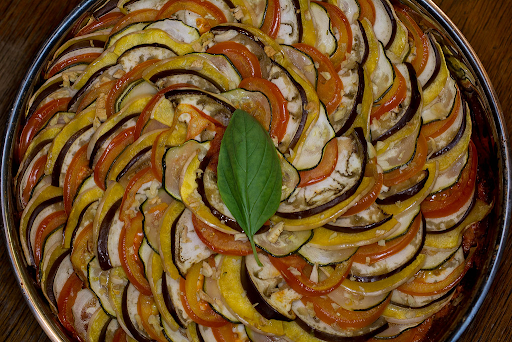 Ratatouille is a French dish that has become particularly popular worldwide after a box-office cartoon of a small cute mouse of the same name came out a few years ago, trying to break into the culinary profession. Ratatouille is a stew of various vegetables , including tomatoes, onions, zucchini, eggplant and garlic, seasoned with bay leaves, basil and other herbs. It really is a typical dish for the area of ​​the French city of Nice. However, it was invented relatively late and the ingredients for its preparation in the now known variant have been used since the beginning of the twentieth century.

According to the original recipe, ratatouille is made from sliced ​​vegetables. In the second half of the last century, French chefs began to prefer vegetables for him to be cut into thin slices, thus changing the tradition. At the same time, the famous French chef Michel Gerrard also invents confi bayalde , a variation in which the French ratatouille is crossed with the Turkish recipe for Imam bayalde, and today it is also considered an emblem of French cuisine .

” Confi ” actually comes from the verb “confire” which means “save”, and is used as a prefix for all dishes that are cooked at a lower temperature and slower, thus aiming to preserve the taste as much as possible of each of the ingredients used. For example, there may be a conf du canary – from Fr. a wild duck that is marinated for a day or two, then cooked on low heat with potatoes and garlic. Confié du Canary is a typical recipe for the historic province of Gascony , located in southwestern France.

Another dish that is cooked on a slow fire is a casserole – this is a dish similar to ours. It is made from meat and beans. One of the emblems of French cuisine is the roast made with wine. Various local wines are used in the preparation of this dish in different parts of the country, for example champagne, Riesling, violet and more.

Mustard (in French – mutard) is another characteristic ingredient that is used to prepare many typical dishes in French cuisine . By adding just a few spoonfuls of it, we can turn the most ordinary steak into a dish of the highest echelon. That is why there is not one famous French recipe for the preparation of various mustard meats.

Apart from the classic mustard, of course, everyone is familiar with the very hot Dijon , but few are connoisseurs in Bulgaria who can list more than three or four types of French mustard. They include: Pinot Noir mustard, brown, white, strong mustard ( mutard fort ) and many others. Dijon mustard itself has at least four main recipes. As early as the beginning of the 19th century, over 90 variations of recipes were known in Paris for the preparation of this legendary sauce. 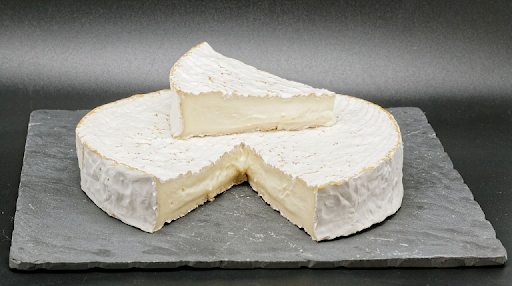 One of the foods with which France is best known in the world is local cheeses. Various types of blue, cantaloupe, brie, rockfort, Norman camembert, maroal, reblock – these are just a few of the dozens of types and subspecies of cheeses infected with noble molds. Some of them occur only in certain places and are therefore marked with a protected geographical origin. Lots of French dishes that are made with different cheeses. For example, a popular salty variation of souffle is made with cantaloupe . And one of the most typical French things is to sit down with a plate of cheeses and have a bite while drinking a glass of fine wine.

Duck or goose liver (of fr. Foie gras ) is considered one of the finest delicacies in French cuisine. It is prepared by pre-feeding the animals so that their livers are fat and have a wonderful buttery taste. France is the leading country in the world of goose production . 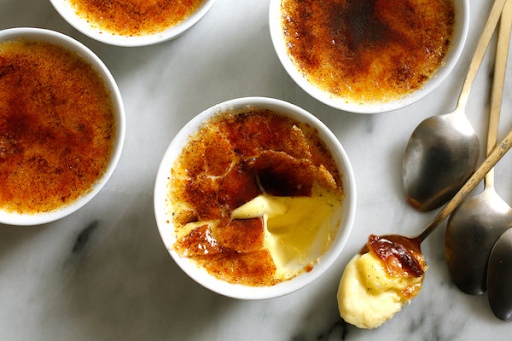 Alcohol is actually quite central to French cuisine. The food is prepared with alcohol marinades and sauces. Before dinner, the French call themselves (to) health – (to the French sante ), drinking a light aperitif , as they call it a drink for eating. In the southern part of the country, it is most often paste , a French aniseed drink related to mastic.

In different regions, champagne, calvados (especially in the Normandy drink region) and various cocktails with relatively low alcohol content can be served as an aperitif . After eating stimulates digestion and the body relaxes with a cup digestif . Traditionally, it has a higher content of sugar and alcohol than an aperitif. Therefore, calvados, which is essentially apple brandy, can be both an aperitif and a digestive, usually depending on its concentration.

Most often, a young calvados is used as an aperitif, while the mature one is kept as digestive after dinner. Another typical French brandy that can be served after a snack is the so-called deux (from the ” water of life” ). Traditionally, it is prepared at home, similar to our brandy, which is why the French who come to Bulgaria feel especially close to Bulgaria.

French bosses have imposed the traditions established today and dictate future fashion trends in the pastry business as well. Is there anyone who has never heard of a dessert called Cream Brulee ? Well, this is just a typical French dessert , such as cream caramel, eclairs, chocolate souffle, charlotte, fine crepe pancakes , petit wines and more.