Cheese makes every dish more tasty and fragrant – a fact with which any culinary master would agree. And when we speak of dishes from the Swiss or French cuisine, cheese plays a very important, main role.

Therefore, it would hardly be a surprise to anyone that we approach the cheese subject when we speak about Fondue menu, but still…

We have decided to introduce you to some of the most popular types of cheese used to prepare classic fondue and soups because the fine taste of these incredible dishes that we all enjoy while eating a fondue or a soup at one of the restaurants in Bansko depends namely on the use of specific types of cheese.

Types of cheese suitable for the preparation of classic cheese fondue and soups.

We start with Emmental because this cheese is among the most popular types of Swiss cheese and one of the best for the preparation of classic Fondue. 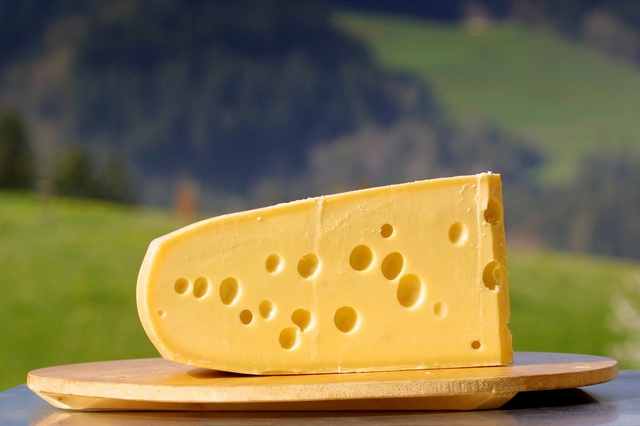 Emmental is a hard Swiss cheese made of natural raw cow’s milk. The interesting thing is that the cows from which the milk is obtained for the making of this cheese are pasture-raised and their food contains no additional supplements.

Emmental is yellow in color, with a thick texture, and you can always distinguish it by the big holes on it. In fact, the holes are due to the air being released as the cheese ferments.

What few people know is that this cheese requires a very long period of maturing (from 120 days to 18 months), it is produced in huge sizes (in moulds of 75 to 120 kg) and for the making of 1 kg of cheese are used 12 L of natural milk. It can be consumed after 4-5 months and its taste leaves a slight nut flavor.

This is the most popular brand for the preparation of fondue since it melts quickly and has an excellent taste and aroma. In classical recipes, fondue is mandatorily prepared from Emmental and Gruyere (another type of hard cheese).

In Switzerland this type of cheese is produced since 1115 and since then to this day it is one of the most loved and popular types of cheese not only in the Alpes but worldwide. Gruyere has a thick consistency, a spicy flavor and a light fruity-walnut flavor. Compared to Emmental it has smaller holes and a slightly darker color. 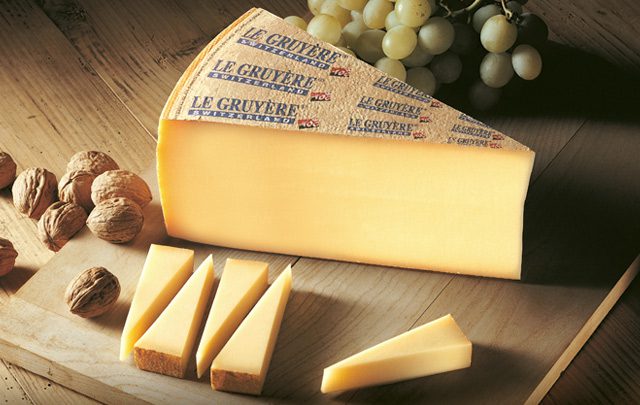 Typical for this type of cheese is that it does not contain lactose which makes it very suitable for both young children and people who are allergic to lactose. It also contains many substances beneficial for the body: Mineral salts, fats, vitamins, etc.

Because Gruyere has a very pleasant, soft texture, various dishes such as sauces, soups, soufflé and others can be prepared from it, but all specialists admit that the fondue obtains it truly unique taste.

While talking about Gruyere cheese, we cannot help mentioning the “participation” of this cheese in the preparation of the most unique and popular soup “Soupe à l’oignon” or, as we know it better, French onion soup.

There is a legend according to which one of the chefs in France, while preparing dinner, accidently dropped a piece of Gruyere cheese in a hot stock. At first, the cook was very upset because he thought he had to throw everything out and start everything from scratch. Before doing so, however, he decided to try the broth in which the cheese had already melted and was surprised by the taste and tenderness of the broth obtained.

Shortly after this, he began experimenting with different cheeses, tastes and components and liked the result every time. This is how according to the legend, French soups, which are still one of the most delicious soups in the world, were born.

Of course, over the years the classical recipe of this unique French dish has changed and today’s famous French soup is made from almost all kinds of cheeses, but the truth is one – if you want to try a real, original onion soup, it is only made with Gruyere or Emmental. Namely these two types of cheese introduce the final tinge and make the flavor of the soup so unique.

Gruyere cheese is used to prepare one of the most popular soups in Switzerland – Basel soup (Basler Mehlsuppe) or flour and cheese soup to be more exact.

Raclette and Appenzellere are semi-hard types of Swiss cheese made of fresh or pasteurized milk. The maturing period is from 3 to 6 months. Both types are very suitable for the preparation of cheese soups and fondue. 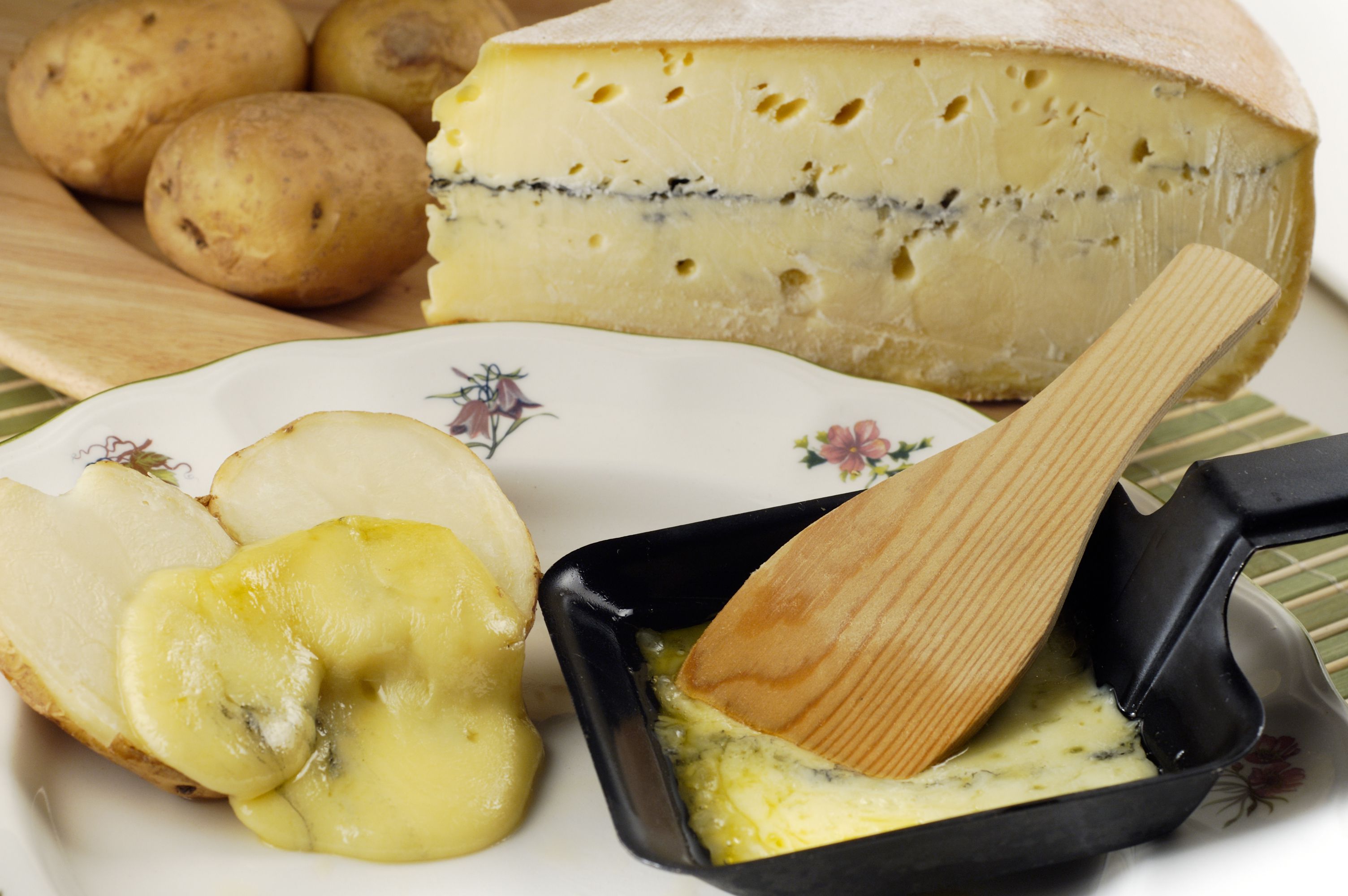 Raclette is one of the most loved semi-hard types of cheese produced in cakes of 6 kg each. Raclette is a very tasty cheese consumed by the Swiss in a quite interesting way. If you go to Switzerland and order Raclette, the cake will be cut through the middle, the cheese will be heated and served warm, softened and with pickles and a boiled potato.

You can also try a freshly baked Raclette at one of the restaurants in Bansko. And if you are not up for this recipe, you can order a cheese fondue or soup and can rest assured that one of the cheeses present in the dishes will be exactly Raclette cheese.

Appenzeller is used to prepare one of the most delicious cheese soups in the Swiss cuisine – Appenzeller Käsesuppe (a thick cream soup with onion, wine, brown bread, Appenzeller cheese, butter and sour cream. It is served warm).

A very tasty French soft cheese which combines perfectly with Emmental and Gruyere and is also very suitable for the preparation of Fondue menu. It is characterized by a rich, milky taste and its surface is covered with a thin crust of white mold. 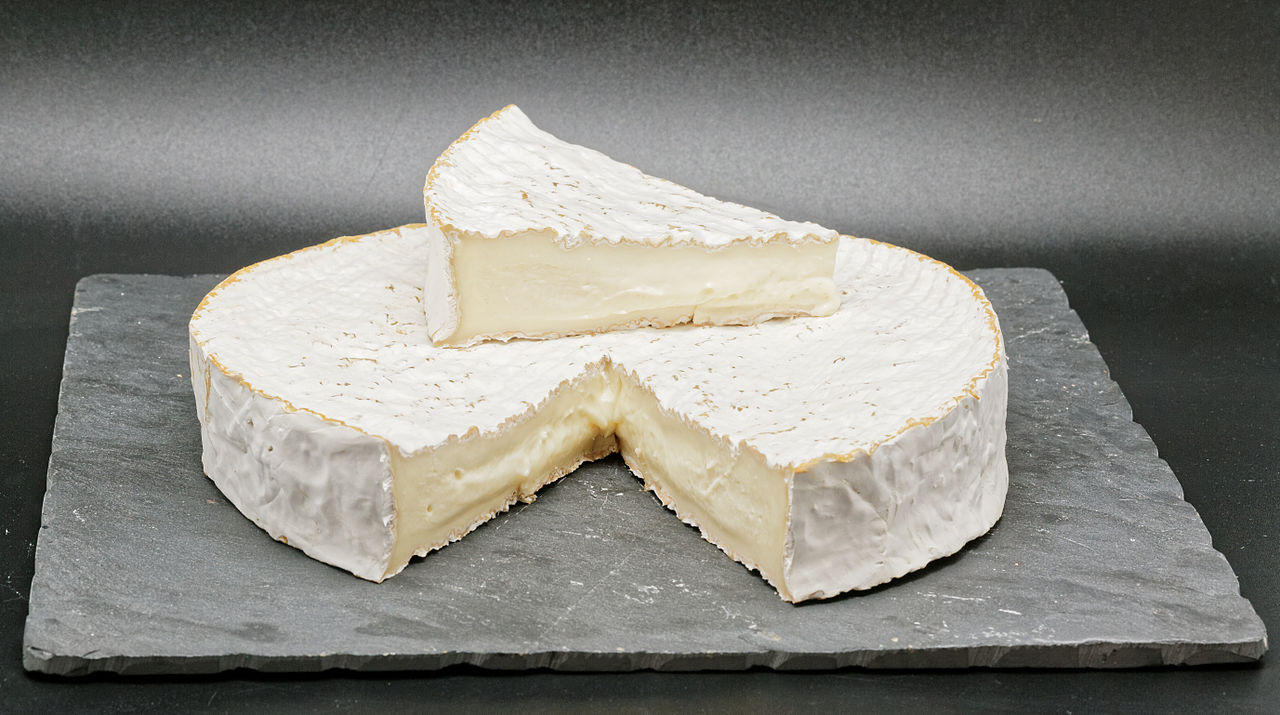 A popular Dutch hard cheese characterized by a deep taste reminding that of hazelnuts. This type of cheese is easy to recognize due to its yellow or red wax coat. Although Edam has a high point of melting, it is suitable for the preparation of fondue since it has a very rich taste and flavor. 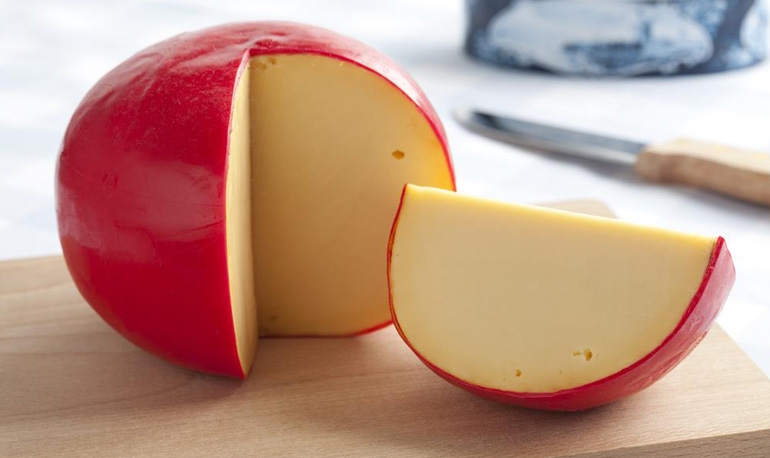 Gorgonzola cheese is perhaps the most popular Italian cheese that we all know and love. It is made of cow or goat milk and is one of the most fragrant types of blue cheese. The taste of this cheese is also spicy and very rich because of the blue mold penetrating everywhere in the cheese. This very specific flavor and aroma makes it very suitable for preparing of sauces, salads, fondues or cheese soups. 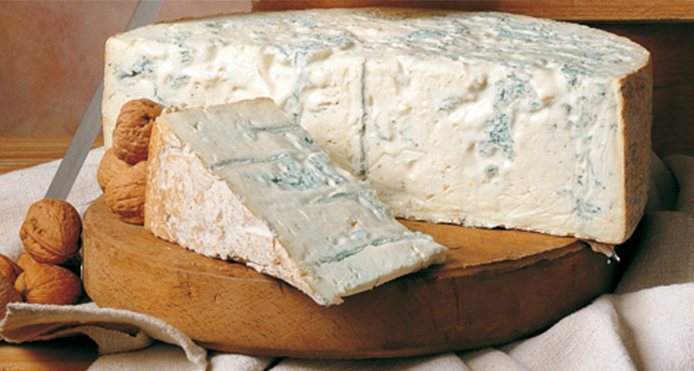 Among some of the most popular cheese soups you can try in one of the restaurants in Bansko is the cauliflower cream soup with gorgonzola.

A traditional English cheese which is also the most popular type of English cheese in the world. It is made of cow’s milk and falls in the group of the semi-hard types of cheese. Its color can be both pale yellowish and white while its taste reminds us of smoked cheese. It is very suitable for the preparation of different types of sauce, sandwiches, muffins and mostly soups. 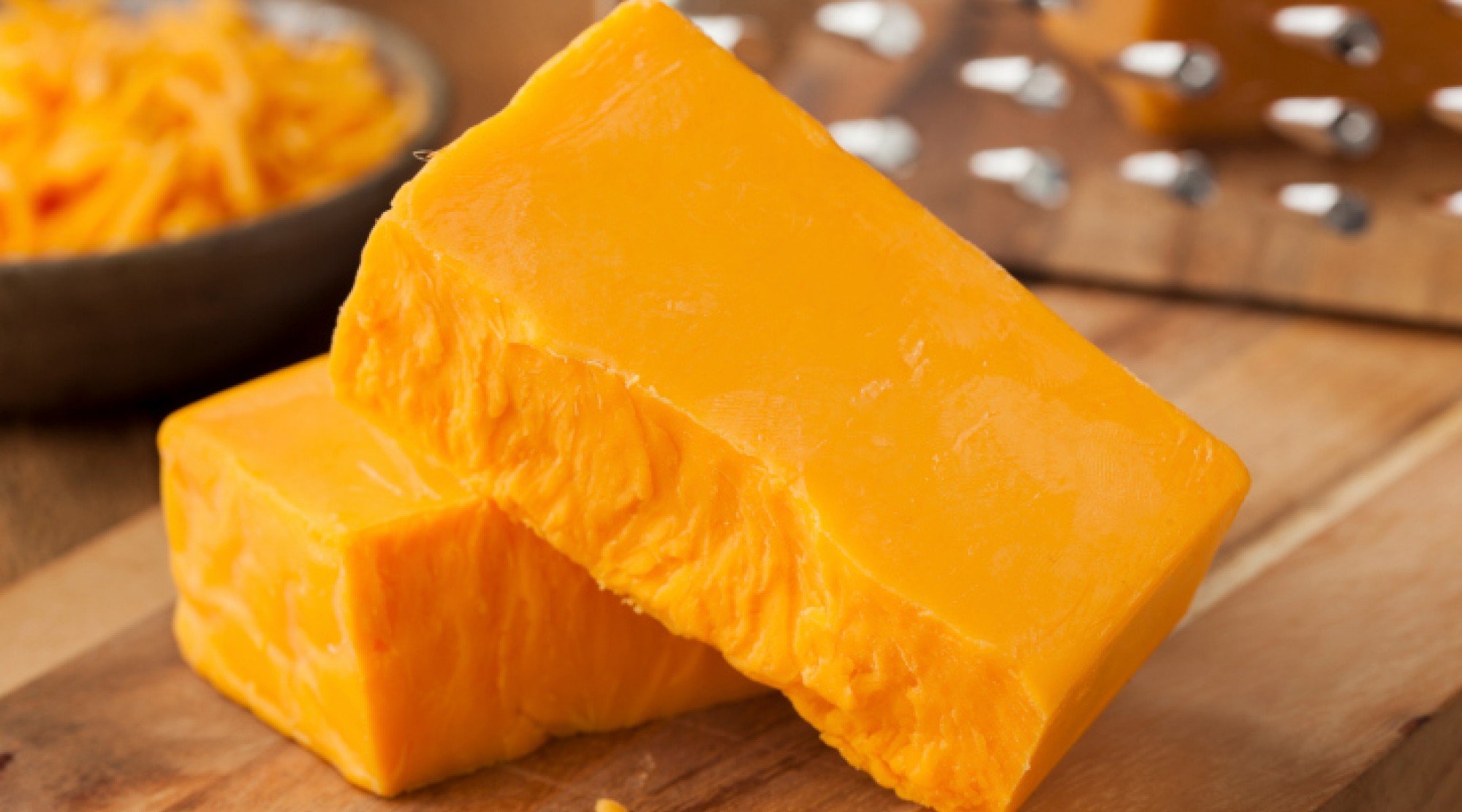 Parmigiano s the most popular Italian cheese with a rich and tender flavor. It is not very suitable for a fondue but instead it is great for the preparation of cheese soups. 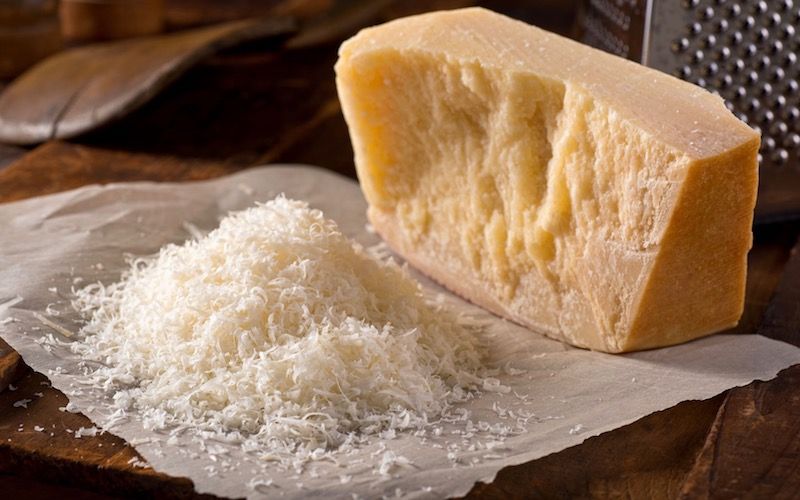 Of course, there are types of cheese which are very tasty but not suitable for the making of soups or fondue. Such types of cheese are Feta (a typical Greek cheese) and Mozzarella which are fresh and soft and do not have that deep and rich taste or flavor which is mandatory for the Fondue menu.

The types of cheese with a very strong aroma such as Epoisses, Muenster and Taleggio are similarly not suitable since they are indeed “strong” and the other ingredients in the soup or fondue would not be felt.

2017-12-22
Previous Post: Top 5 most famous fondue restaurants worldwide
Next Post: The most popular types of cheese in Fondue