Appenzeller is a spicy and aromatic hard cow’s milk cheese produced in the northeastern part of Switzerland (Canton Appenzell).

The Swiss Appenzeller cheese is produced only in the cantons of Appenzell Innerrhoden and Appenzell Ausserrhoden and in some parts of the cantons of St. Gallen and Thurgau. There, between Lake Constance and the Säntis massif, cows that are grown completely freely can eat nutrients-rich grass, making their milk fragrant and delicious. 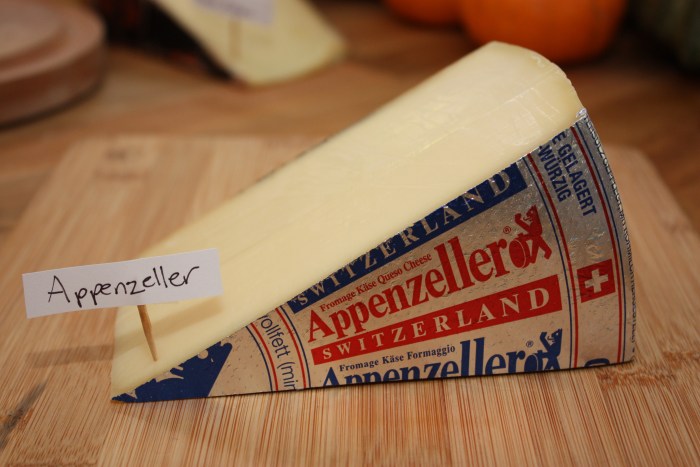 For the first time this delicacy is mentioned in written records from 1282. The name of the cheese comes from the word Appenzell which in turn is a transformation of the Abbacella – the name of the settlement, founded in 1069 by the monks of Abbey Galen.

Over time, Abbacella became the commercial and administrative center of the region, and its name changed to Appenzell. Today, Appenzell is the capital of Canton Appenzell Interhoden.

For the monks who founded the settlement, it is said that they were the first to begin preparing the Appenzeller cheese.

More than 700 years have passed since then, but the way the delicacy is produced has not changed much. In the 58 farms that are allowed to produce Appenzeller despite the modernization of the workflow, the cheese is prepared almost 90% manually.

One of the most important elements in the production of the Appenzeller Swiss cheese is its periodic washing with a special solution throughout the ripening period. The composition of the solution includes various herbs, white wine and other secret spices, which each manufacturer keeps in absolute secrecy, and the recipe is passed on from generation to generation. 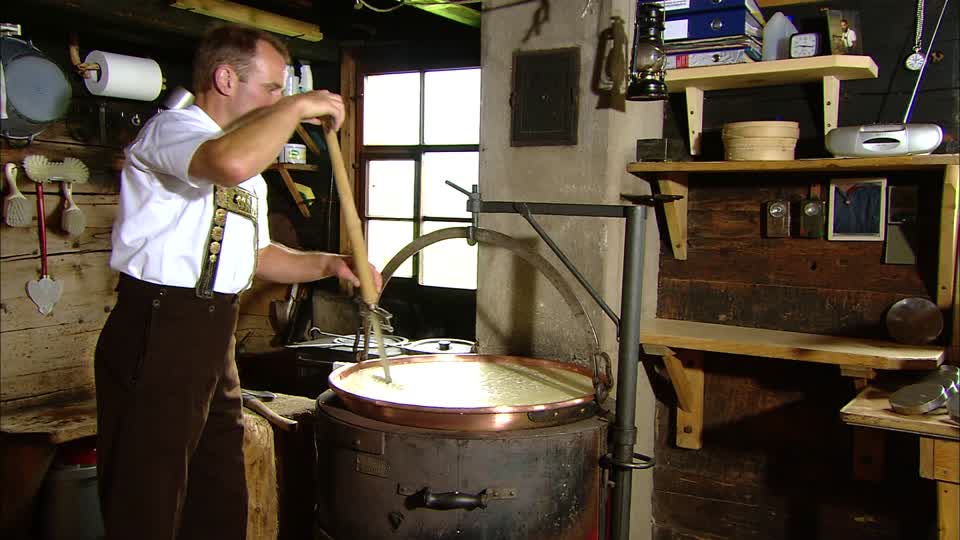 However, instead of starting from the last production process, let’s look at the stages through which the raw material has to go step by step in order to become one of Switzerland’s most delicious and aromatic cheeses.

And the beginning comes with the delivery of the fragrant, freshly milked and still warm cow’s milk that the stock-breeders from the region deliver directly to the manufacturer. At the dairy farm, the milk is checked and placed in large refining containers.

Since the fat content of the cheese must be a specific amount, part of the milk delivered is skimmed and only then added to the rest of the whole milk.

Prepared this way, the milk is poured into large boilers that can hold between 6,000 and 8,000 liters of milk… and the production process can begin.

The milk is heated, rennet and lactic acid bacteria are added, which serve as coagulants and natural fermentation agents. After 30-40 minutes, the raw material begins to coagulate. Once it reaches the desired consistency, the cheese is placed in molds, pressed and turned several times to get the liquid out.

Each mold of cheese has a stamp indicating the content of the cheese, the guarantee of origin, the date and time of manufacture.

One day after preparation, the cheese cakes are placed in a brine to release the liquids (if there are any left), absorb the salt and flavors and form a rind.

The delicacy matures in special store-rooms for several months at a temperature of 15 degrees and with air humidity of 90%.

To get its unique flavor, which is so typical of Appenzeller and which actually makes it one of the world’s most beloved and popular cheeses, the cakes have to be turned around every day and treated with the secret herbal brine.

The brand is protected on a national and international level but it does not have an DOC or PDO quality certificate.

Why does this delicacy still lack such certificates despite its high quality and unique flavor?

Under international law, in order for such a product to own a quality certificate, its manufacturers must disclose all its ingredients. Since the herbal brine, to which Appenzeller owes its unique taste, is a secret (and the producers have no intention of revealing their secrets), this great Swiss delicacy will stay without a certificate of quality.

Appenzeller is a hard cheese with a very pleasant flavor and taste. Its consistency is thick but not very hard, the aroma is strong and expressive, with notes of dried fruit, nuts and herbs. 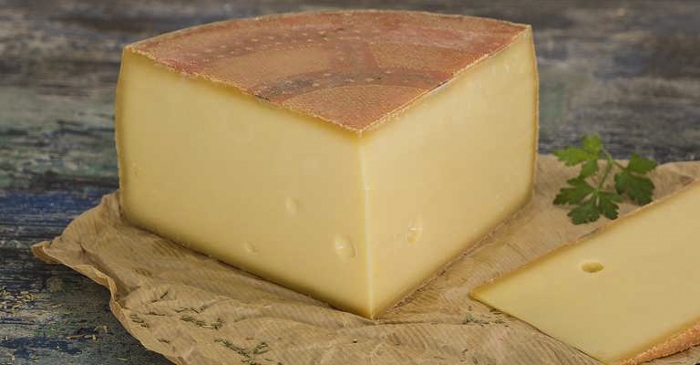 It is produced in cylindrical molds with a diameter of about 30 cm and thickness of about 10 cm. The weight of an Appenzeller cake ranges from 6 to 8 kg.

Its rind is orangey-red, the inside is semi-hard, elastic, yellow in color and with small holes.

The energy value of the aromatic cheese is about 400 kcal per 100 grams, and the fat content is about 35%. The fat mass in the dry matter is about 45%. Appenzeller includes only cow’s milk, salt and rennet enzyme (no other supplements).

Depending on the ripening period, Appenzeller has several varieties, the most popular of which are:

The Classic has a sweet, aromatic flavor, which is why it is the most popular of the three types of Appenzeller. Its maturation period is 3-4 months, its weight is from 6.4 to 7.4 kg. The easiest way to recognize an Appenzeller Classic by the label is that it is silver.

Like any other good Swiss cheese Appenzeller as well should be removed from the refrigerator for at least half an hour before consuming it and it should be cut immediately before sitting at the table.

This delicacy combines very well with sparkling wines such as Prosecco as well as with more refined ones like Champagne, with white wines such as Pinot Gris, Californian Merlot, Cabernet Sauvignon wines and others.

Appenzeller combines perfectly with fruits, nuts and jams. Various meals can be prepared with it, too.

The vegetables are cut into large pieces and boiled in salted water. Strain them well.

Boiled potatoes are peeled, mashed and mixed with the curd, the grated Swiss Appenzeller cheese, the eggs, the milk and the spices. Stir well and add the boiled and well strained vegetables and the parsley to the mixture.

The dish is baked in an oven for about 50 to 60 minutes. It is served warm and can be eaten both as a stand-alone meal as well as a warm garnish for meat.

The dough is rolled until obtaining a 2-3 mm-thick crust. The potatoes are cut into 2 mm-thick slices. The finely chopped rosemary and the olive oil are added to the sliced potatoes and everything is mixed well.

Fresh sour cream is spread well on the dough. The potatoes, flavored with rosemary and olive oil, are placed on top of the sour cream and sprinkled with grated Appenzeller. The dish is baked in an oven heated to 220 degrees until it’s ready.

Once taken out of the oven, the tart is garnished with pieces of smoked trout and arugula. It is served warm.