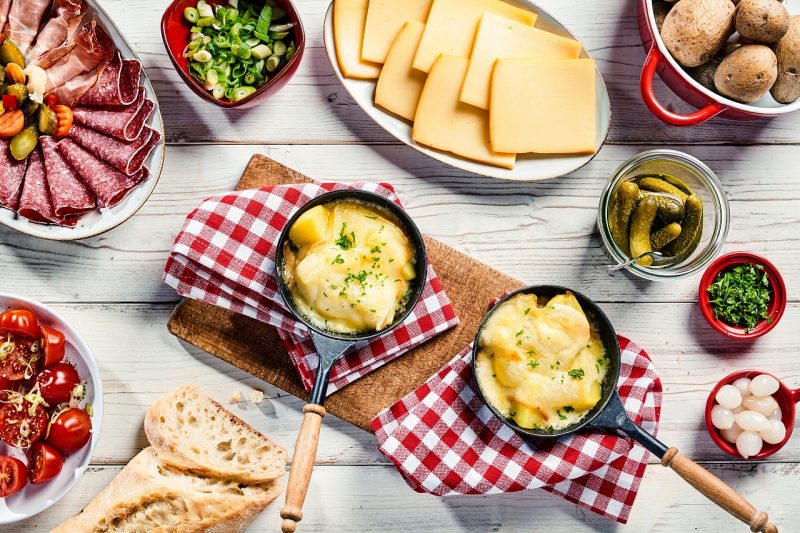 Characteristics of the Swiss cuisine

Swiss cuisine combines influences from German, French and Northern Italian cuisine , but also offers dishes typical of Switzerland. Historically, it has been a side of farmers, so traditional Swiss dishes are more common, with the main ingredients being potatoes and cheese. Foods that are often associated with Switzerland include specific types of cheese and milk chocolate .

Each region has its own type of cheese – the variety of products is amazing! Examples include the soft and melted Vacherin cheese . The fragrant Appenzeller . The full flavor of Sbrinz . Emmentaler known for his large holes. All of these – and about 450 other cheeses – create a great culinary experience.

The most popular cheese dishes are fondue and raclette . Both were originally regional dishes promoted by the Swiss Cheese Union to boost their sales. 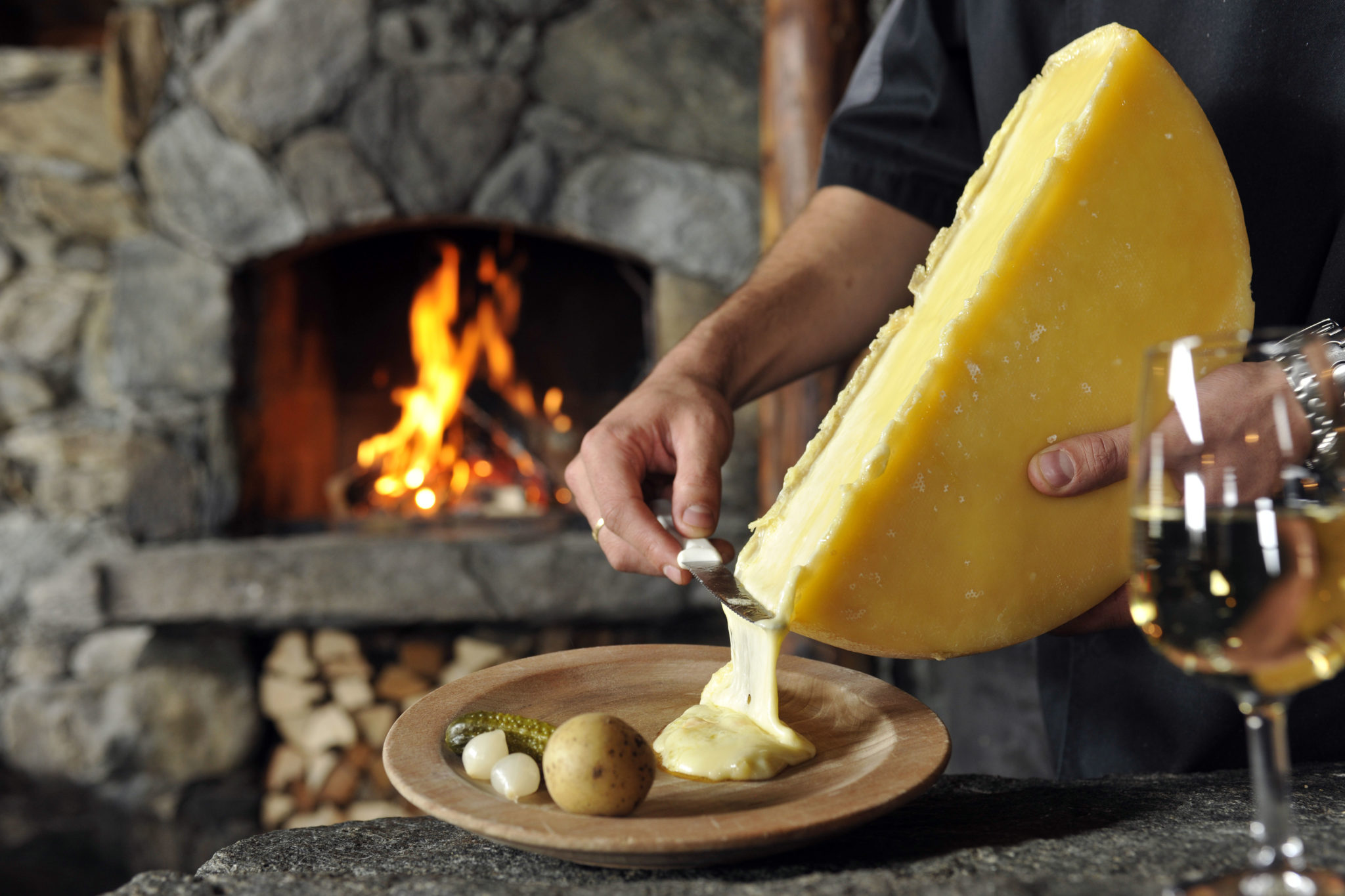 Bread cubes are placed on the fork and rotate in melted cheese that is served in traditional ceramic fondue vessel , called “caquelon “.

Chocolate came to Europe in the 16th century , and in the 17th century it became famous and began to be produced in Switzerland. In the second half of the 19th century, Swiss chocolate began to gain a reputation overseas. The invention of Daniel Peter ‘s milk chocolate , as well as the development of Rodolfo Lindh ‘s conch ( fondant chocolate ), are closely linked to the rise in popularity of Swiss chocolate. 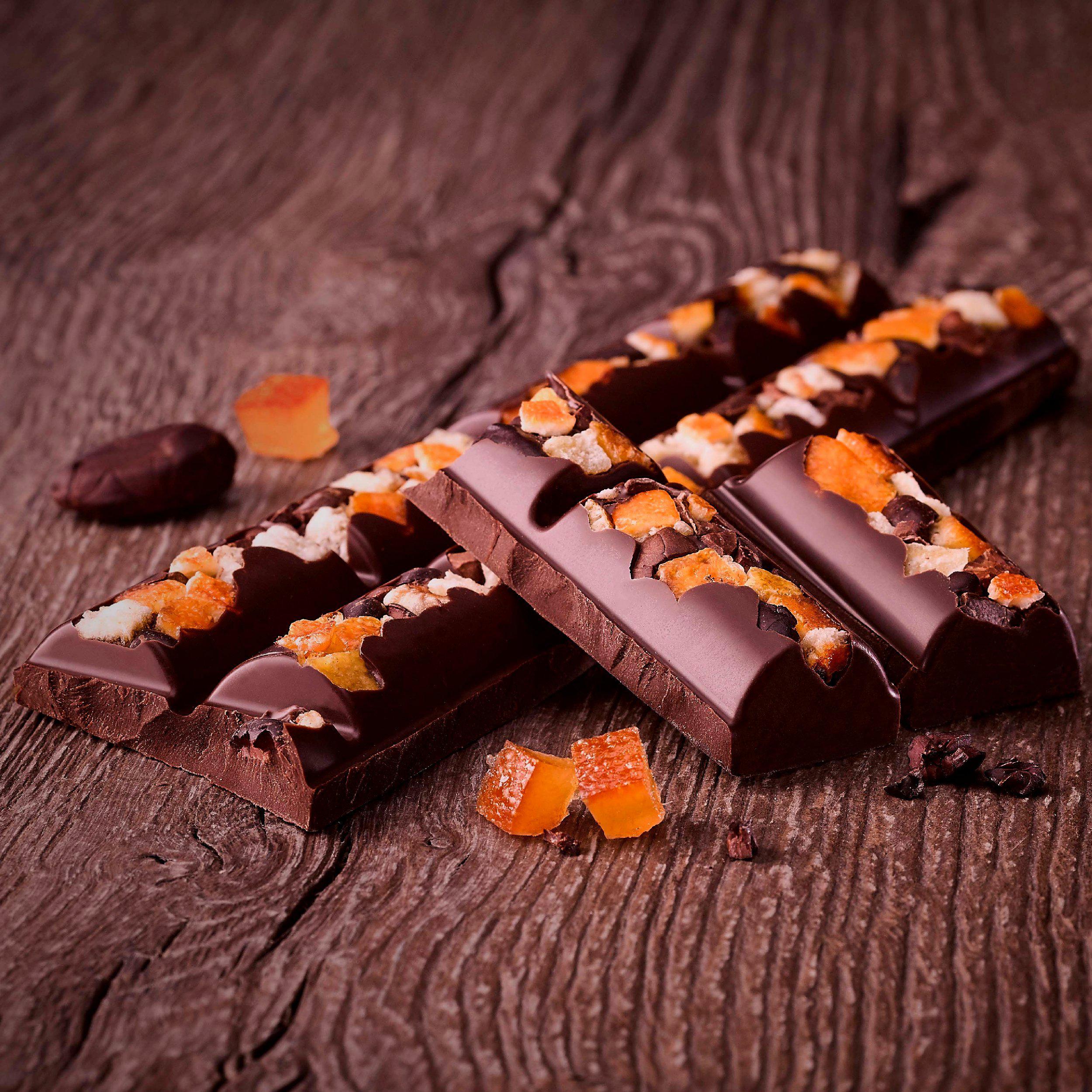 But Switzerland has not only exported and exported chocolate, but its chocolate products go abroad, and the names of their manufacturers remain known to this day. The Josty brothers open their famous chocolate shop in Berlin . Solomon Wolf and Tobias Beranger ran their famous cafe in Chinoy, St. Petersburg. The Cloetta brothers opened chocolate factories in Scandinavia , and Karl Fazer set up Helsinki’s first pastry shop; later its products became known under the brand name Cloetta-Fazer. Even Belgian chocolate has Swiss roots . Jean Neuhaus opened a pastry shop in Brussels and his son Frederick invented praline chocolate in 1912.

There are many regional dishes in Switzerland. One example is the Zürcher Geschnetzeltes – a veal dish sometimes containing veal liver and mushrooms, served with cream sauce and rošti (Rösti), well known throughout Switzerland.

Roshti is a popular potato dish that is eaten throughout Switzerland. It is a flat meatball made of grated, cooked or raw potatoes and fried in hot fat. Initially it ate for breakfast, but then was replaced with granola , which in some regions of Switzerland is known under the name ” Barchmyusli ” ( “Birchermüesli “). It was created by Swiss physician Maximilian Oscar Bircher-Brenerokolo in 1900, which contains oat flakes, lemon juice, condensed milk, grated apples, hazelnuts or almonds.

For breakfast and dinner, many Swisss enjoy sliced bread with butter and jam. There is a great variety of breads in Switzerland . Bread and cheese are a popular dish for dinner.

Specialties from different regions of Switzerland 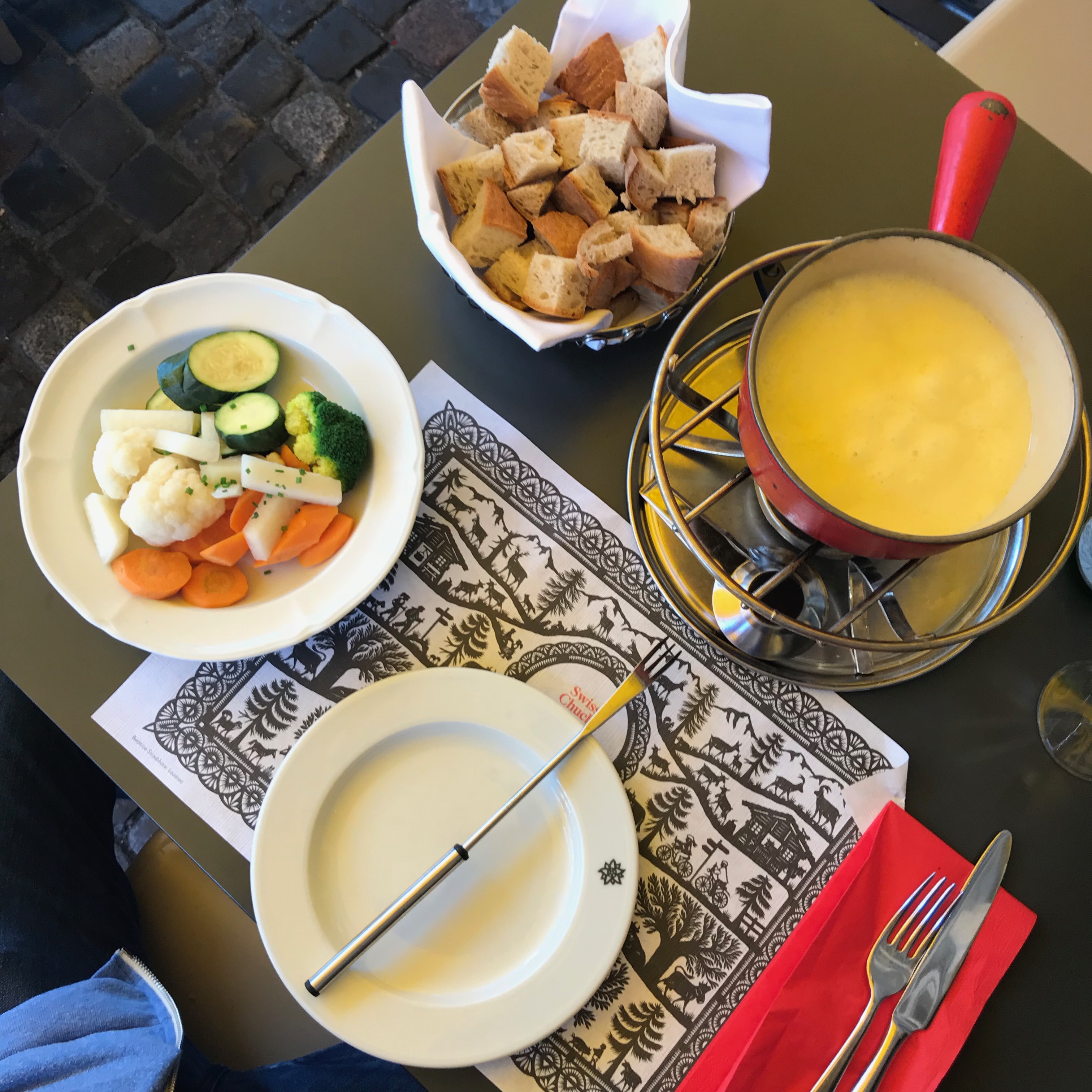 Recipes from the Italian part of Switzerland

For centuries, this dish has been viewed as a poor food . It is made from corn puree , which in this area is mixed with cheese and served as a main course or as a garnish of rabbit sliced. During the winter months, sweet chestnuts ( Marroni ) are available throughout Switzerland. They are sold either roasted and hot along the way, or in the form of vermicelli ( cooked, mixed with sugar ) as dessert.

A whole range of chestnut products are available during the many chestnut holidays in Ticino. These include bread, pasta, pralines, and more. Roll-shaped zincarlin is a typical fresh cheese from Valle di Mugio . It is made from cow’s or goat’s milk and seasoned with black pepper .

Amaretti is a delicious, small Italian pasta made with beaten egg whites, sugar, ground almonds and / or apricot kernels. They are great airy and crunchy cookies .

There is a kind of vegetable tart , called Cholera – which is Valle. It probably owes its name to the fact that it was created during the cholera epidemic. Fish dishes are popular around the Geneva Lakes, Neuchâtel and Biel , most often serving turkey, perch and trout. The Benichon Festival , held in the autumn, offers a great opportunity for one to enjoy the specialties of the region.

More recipes from the French part of Switzerland: 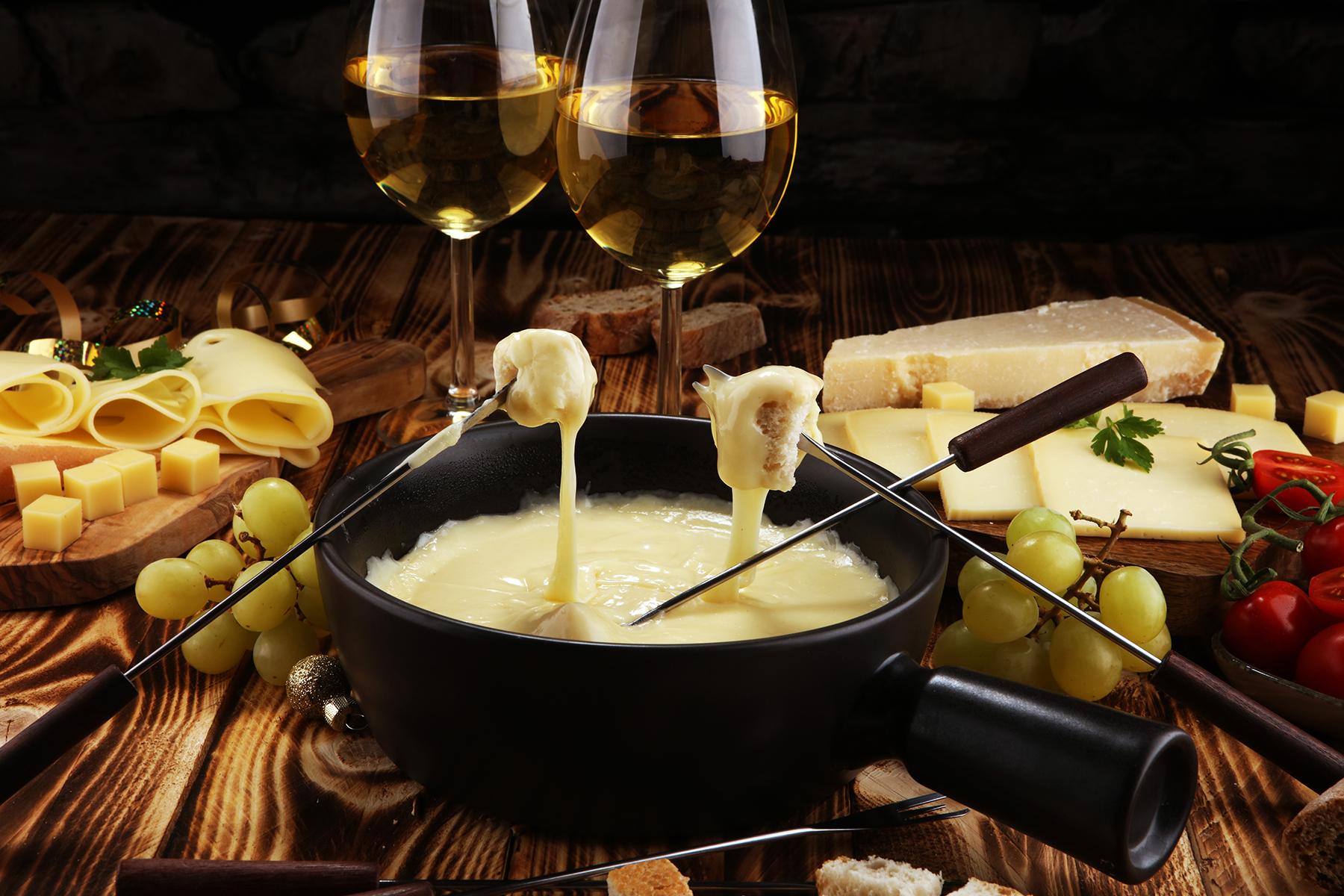 Recipes from the German part of Switzerland