Characteristics of the German cuisine

Among many countries that offer tourist trips combined with gastronomic tours , it is unlikely to find another similar to Germany. Since Germany is the country where eating is given enormous importance.

The Germans eat clean and plentiful, but more importantly, they do it with great pleasure: slowly, without haste, as a rule, with cheerful company, chatting lively. In Germany it is not accepted to refuse to eat, perhaps that is why the table is usually full of many different dishes, and the portions of each are really huge.

The cult of food is the core of German cooking . However, as in any other national cuisine, German has a number of peculiarities related to the traditions and customs of the individual geographical regions of the country.

When it comes to individual countries, each person has culinary associations:

Indeed, Germans’ addiction to sausage products is obvious – the number of traditional German cuisine dishes includes more than 300 types, and each region of the country has its own cooking recipes. Very often, it is precisely the different types of sausages that are the main ingredient for intestines, salads, main courses and even soups in any menu. However, to say that the main course of German cuisine is sausage would be a mistake.

The culinary history of German cuisine dates back many centuries and has its own geography. In traditional German dishes often noticeable influence of the cultures of its neighbors Italy, Belgium, France . It should be noted that each of the sixteen German regions has its own cooking preferences and traditions. Each region has a separate “culinary history”. 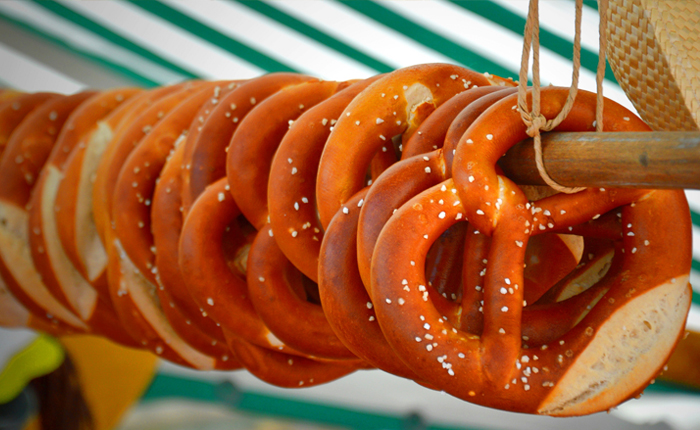 The sequence of German meals has not changed over the centuries. For example, the classic regular German breakfast necessarily includes boiled eggs, ham or sausage, bread and sandwiches with jam. Lunch consists of several dishes – soup, appetizer, main course and dessert. And the meal is necessarily accompanied by cheese, fish or sausage sandwiches . At dinner, the Germans eat mostly cold dishes. And it is simply not possible that all of this is not accompanied by the traditional German beverage – the beer that is present at every meal. Given that in this country they sit at the table at least five times a day!

It is amazing how great the German’s love for delicious food is. Everyone knows that on Friday during Holy Week – aka Good Friday must pass a strict fast without any meat and other animal products at mealtimes. However, the Germans resorted to a curious trick: pork lovers invented an original recipe – they began wrapping meat with spices and vegetables in paste . Thus, when they ate such a dish during fasting, they justified themselves by saying, “God will not notice the meat under the paste.”

Lunch for the Germans is the time for the main meal. And soup is an integral part of it. The first dishes in Germany were prepared in their own way and have their own distinctive features. Very often, soup, sausages or sausages are added to the soup. Even the familiar pea soup here is also prepared with the addition of sausages.

The most common soup recipes in German cuisine are cabbage soup with sausages, saxon potato soup with bacon, onion weimar soup . There are also some unusual soup recipes, such as strawberry soup, which is made with strawberries and wine.

Aintopf is the richest soup in German cuisine. It is prepared with several varieties of smoked meats and sausages. Such a dish generally replaces both the first and second dishes.

In addition to soups, broths occupy a large place in German cuisine – in huge quantity and variety. In addition, the Germans consume  broth in various versions – with eggs, dumplings, vegetables or rice. And the most unusual German soups are beer and bread. 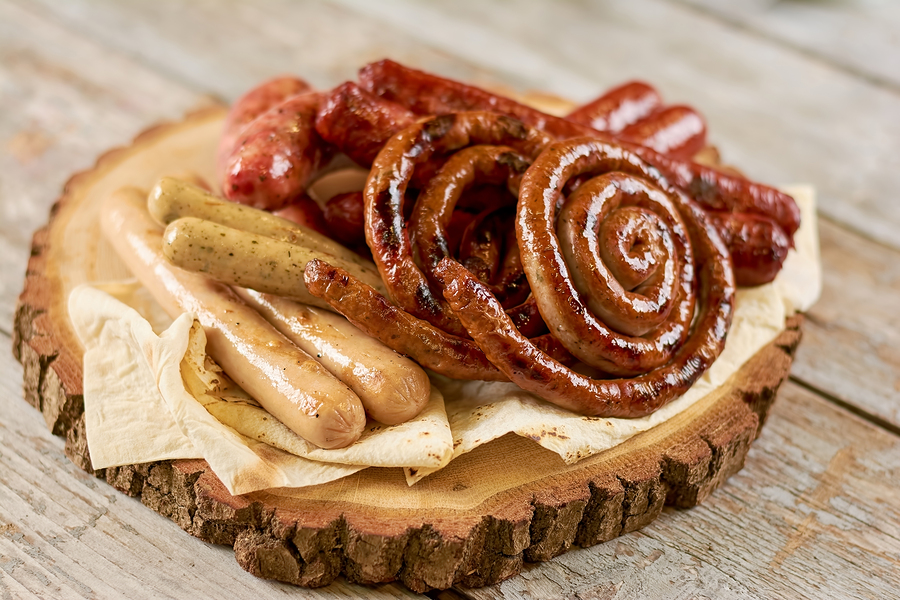 The main feature of German dishes is that they are very saturated. It should be noted that the culinary traditions in German cuisine, besides bearing the characteristic European features, are distinguished by their unusual simplicity of preparation.

The most common products in Germany, for example, are potatoes, meat and vegetables . And the “crown” ginger of the Germans is a very simple dish – Bavarian sausages with stewed cabbage, which can be found on the menu of any restaurant in this country.

Another equally interesting classic German dish is their sour-sweet sauberrat , typical of the traditional cuisine of Central Germany. The preparation of the dish is quite simple – the beef is marinated in wine and vinegar for several days, then stewed with raisins, beetroot syrup, ginger, apples and vegetables . At the table, this dish is usually served with potato dumplings or apple cubes.

White Bavarian sausage – “Weisswurst” – is another common dish that Germans often use for breakfast. It should be noted that this sausage has a very light, even airy texture and is made from pork, veal, spices and lemon . Weiswurst is generally consumed hot.

In some regions of Germany, sausages are so popular that they are consumed at any time of the day – at breakfast, lunch and dinner. In addition, the Germans use different types of their sausages both as a standalone meal with and without garnish , and as additional ingredients for salads, soups or main courses.

In addition to sausages, different types of meatballs, schnitzels, steaks and auger can be included in traditional German meat . It should be noted that the Germans are not too keen on spicy and other spicy spices in the cooking process , so you will not find spicy recipes in traditional German cuisine.

It is prepared not only as a stand-alone dish, but is also put into salads, eats, sandwiches . It should be noted that in different regions, fish and seafood are prepared according to their own recipes. For example, Byzantine fish is stewed with onions, vegetables and lemon peel. And the main ingredient to give a spicy taste to Munich fish is the beer used to make this dish.

Vegetables in German cuisine are used for the preparation of almost all meats, soups, main courses, meals and salads. Most often, garnishes in Germany are served boiled potatoes, carrots, cabbage, spinach, turnips . These products even come as original pie fillers.

Bread and pastries in German cuisine

Germans are not indifferent to bread products, just like meat and meat products. A huge number of bakeries, pastry shops and eateries can be found all over Germany. The taste of German bread is specific and unusual because of the main ingredient – rye flour. That is why German bread is usually called “earth”. Currently, over three hundred varieties of bread alone can be enumerated, not to mention the numerous butter cookies, croissants, marzipan patties, pumpkin, fruit, creams and other fillings .

Pampernickel is one of the most unusual varieties of German bread. Whole wheat rye flour is used to prepare it. In appearance, this bread resembles a dark brown sticky and thick mass.

Cakes are the other culinary weakness of the Germans. In this country, they prepare desserts and sweets, as they say, “from the heart.”

Each cake can be called a truly multifaceted and extremely beautiful masterpiece. For example, “Baumkuchen” (“cake tree”)   is a cake that not only has a unique taste, but also has its own cooking secrets. The dough is mixed with cardamom, cloves and a special kind of beans . It is then rolled out with a wooden sharpener, folded and re-rolled exactly thirteen times, creating layers that resemble annual circles of wood. After this manipulation, the cake is cooled for a day in a refrigerator, after which it is assembled and decorated with vanilla cream, white or milk chocolate . 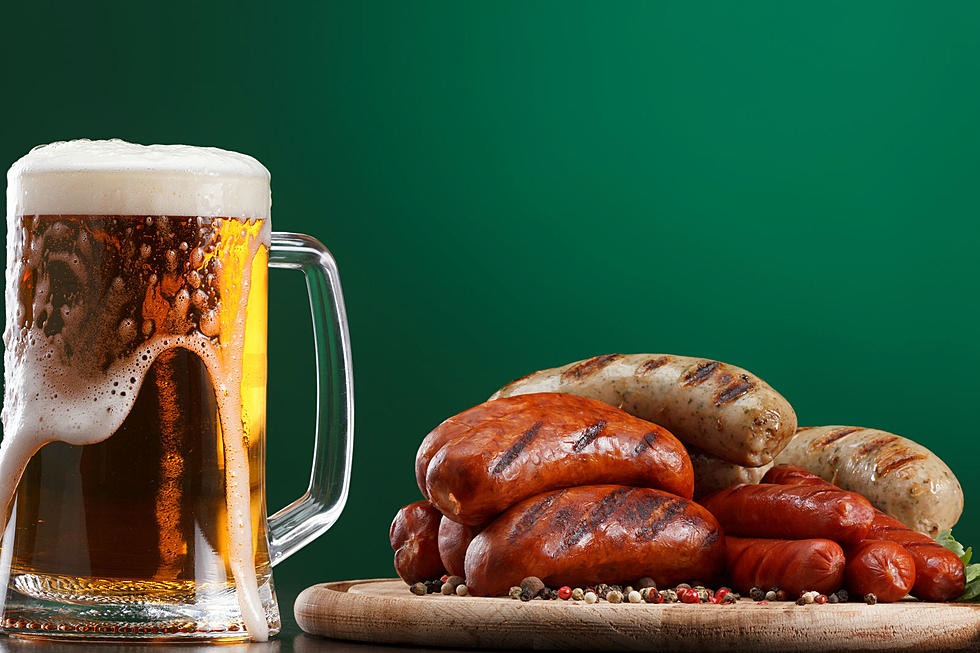 Germany’s most traditional and favorite drink , of course, is beer. Bavaria can rightly be called the beer capital of the world. 965 square miles of green hops are grown here. Not surprisingly, there are beers in Germany that can not be tasted in any other country – Pilsen light beer, high alcohol sweet beer – box beer, Düsseldorf albier, wheat beer (“Hefeweizen”) , the unique German dark beer.

Along with beer, Germans like to drink wine. However, due to the cold climate, wine production is not widespread here. The most popular type of wine is apple cider . On cold winter nights, many people in Germany prefer to warm themselves with warm red wine with orange peels and cloves poured into clay glasses.

German cuisine cannot be called dietetic at all. Almost all dishes are prepared exclusively by frying, stewing or baking . The centuries-old culinary traditions of the Germans are well known. A great number of customs and rituals have been preserved here to this day. On holidays, for example, in Germany they prepare so-called. “glukshvayn” (happy pig) . This is a piglet-shaped pie with a coin in its mouth. Such a dish not only pleases the guests with its entertaining appearance, but also brings luck and financial well-being in the house.