The most exquisite Swiss recipes that the world knows

Swiss cuisine – a mix of cultures

Swiss cuisine is based on the centuries-old culinary traditions of three cultures that has formed the population of the country. The biggest percent are the German speaking Swiss – over 60 percent. About 20 percent are the French, and nearly 10 percent – Italians. These influences have their effect to the present day, because Switzerland is bordered by these three countries – Germany to the north, France to the west and Italy to the south.

Of course, everything depends also on the local regional traditions in terms of relief, climate and livelihood. So the culinary of the Swiss is varied, there are unique culinary preferences and dishes in each region. In general, each one of the cantons /20 in total/ and semi-cantons /6/ has its own cuisine, as some of the dishes are made according to exquisite and compex Swiss recipes.

In general, the culinary “business cards” of the country are cheeses and chocolate, but there are also a variety of vegetable dishes /with potatoes, spinach, carrots, cabbage/, with milk, meat /veal with onion, as well as with mushrooms, meat, fish, rice, legumes, macaroni products, sausages and fruits. Many of them have become world famous such as fondue, raclette, rosti, Malakoff, tartiflette, veal with onion, as well as roasted with mushrooms, bacon and liver sausage, Basel soup of baked flour and cheese, pie with filling of apples and potatoes, and so on. With all this diversity, the pursuit in the rough alpine conditions has been the quick and simple preparation of dishes using the available products. So when it comes to complex and exquisite Swiss recipes, keep in mind that it is not about the number of used products compared to other recipes, but about the mastery and skills in terms of combination and time for preparation.

Is it easy to prepare a fondue?

Fondue is the most popular Swiss dish and it is made all over the world – both in households and in restaurants. But the idea that it is easy to prepare is misleading, especially for a fondue with 4 or 5 cheeses.

As with other dishes, there are a number of traps that can lead to imitation mistakes that can spoil the authentic Swiss fondue. It is important to combine in a bouquet the tastes, the aftertaste and aroma of the products, making sure that a certain taste does not suppress the other.

The selection of cheeses /600 grams for 6 portions in equal parts/ is according to the taste preferences. Gruyere is salty, it has slight taste of walnuts and spicy aroma. Emmental is sweet and spicy cheese with a fruity flavor and a scent of cut grass. Sbrinz has a light taste of caramelized sugar and walnuts, and alpine herbs aroma.

Appenzeller is a spicy cheese with fruity notes, and Vacherin Fribourgeois has a slightly sour taste. Since they have different hardness, they are pre-grated on a large grater or cut into small pieces.

The pot in which the fondue will be cooked has to be smeared with garlic. Then the cheeses are placed, as well as chopped clove of garlic, then 300 ml of dry white wine.  The pot is then heated to moderate temperature, and when the cheeses start melting in the wine, the mixture should be stirred periodically and gently in a circle. Then add black pepper and lemon juice of a quarter of a lemon.

Prior to boiling, add a spoonful of corn starch, which is previously dissolved in a little wine and then stir again. Once the dish boils it is ready. Dip croutons in the creamy mixture using special forks, you can also use pickles, potatoes, etc. 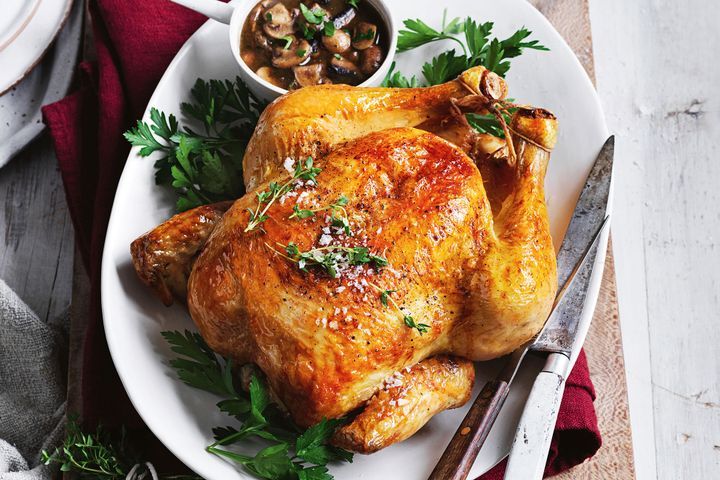 Duck with odds and ends, mushrooms and cabbage

Switzerland is one of the countries where Christmas is celebrated with a stuffed duck. The options are different, but the traditional dish contains odds and ends, as well as mushrooms. 500 grams of odds and ends are cooked, then cut into small pieces.

One or two red onions are finely chopped and stewed in cow butter. While cooking, add one-two carrots and 250 grams of field mushrooms which are cut into slices. Continue cooking until the mushrooms become slightly soft, then add some white pepper and salt to taste. After that add the chopped odds and ends and rice – one tea cup. Pour with 2 or 3 cups of broth, then continue stewing until the rice absorbs the fluid. The duck is filled with most of this stuffing, as the bird is previously seasoned with white and black pepper. After you finish the stuffing, sew the duck.

With the rest of the filling you can prepare stuffed cabbage. The chopped sauerkraut is placed in a deep tray, and on it are placed the duck and the stuffed cabbage around it.  After sprinkling with olive oil, the dish should be covered with big cabbage leaves, then cooked for about 3 hours at 200 degrees. The duck must be periodically turned around and the burned leaves should be replaced with new ones. 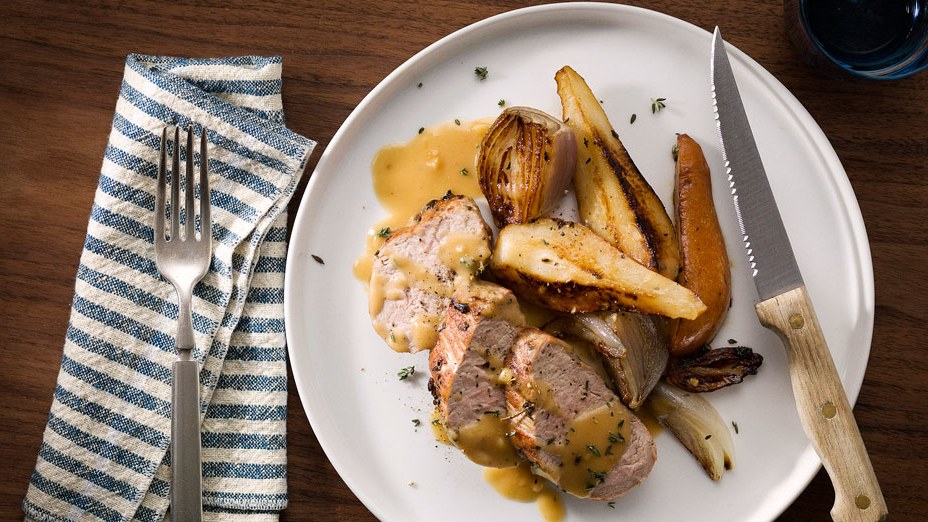 Bern caprice and pork with pears

“Caprice and indulgence” are familiar to the Swiss culinary practices, as this is particularly true with regard to the dish named Bern caprice. In a ceramic pot are combined pork meat /one kilogram/, pork leg /one/, bacon /200 grams/, fresh sausage, sauerkraut /one cabbage/, white wine /250 ml/, one onion.

Then the fresh sausage that is cut into slices is placed on the top cabbage layer and without placing the lid the dish is baked for another half an hour.

Another attractive recipe combines pork and pears. For 4 portions of the dish you will need 4 pieces of pork meat, each one of 400 grams. You will also need cream – 2500 ml, brandy – 4 spoons, butter, salt and pepper.

Then you will need 900 grams of sterilized pears, one bottle of red wine, sugar, cinnamon and lemon. Rub the meat with pepper and salt. Place the butter in the hot frying pan until it becomes golden. Then fry the meat on both sides, then reduce the temperature and fry for another 45 minutes.

When the meat is ready, pour the cream in the frying pan on its place, then add the brandy and pepper. Cook the sauce ad medium heat until it becomes thick. The peeled and chopped pears are placed in a pan with little water, just to prevent them from burning. When the water evaporates add the wine. The sugar, cinnamon and lemon juice are added gradually according to your taste.