The influence of different cuisines on Swiss cuisine

Traditional Swiss cuisine is not only very rich but also multicultural. The country is divided into 20 cantons and 6 semi-cantons, as each one of them has its own specialties, which are strongly influenced by the national cuisines of Germany, France and Northern Italy.

If you want to learn a bit more about the secrets of the Swiss cuisine and how the culinary traditions of the neighboring countries of Switzerland have contributed in a way that nowadays we are able to enjoy the simple but very delicious Swiss dishes, we invite you to a culinary journey thorough Switzerland. 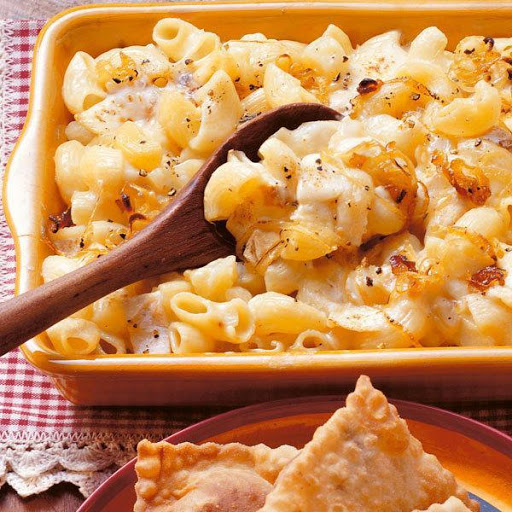 Guter Appetit! Or the influence of the German culinary traditions on Swiss cuisine

The cantons that are bordering Germany are strongly influenced by the German and Austrian national cuisines, as the strongest impact is in Zurich, Basel and Lucerne.

One of the most popular dishes in the German-speaking part of Switzerland is Älplermagronen, which in translation means „the macaroni of the herdsmen”. This is a typical rural German dish that is prepared with macaroni, potatoes, onion, cheese and ham.

In the past, the herdsmen on the Alpine pastures have brought with them products that can lost long time without spoiling, and they prepared dishes with them.  This is how one of the most popular dishes in Switzerland was created, which is still prepared today according to olf traditional recipe.

If you go to this part of Switzerland, you must try Älplermagronen with apple sauce.

Rösti is popular nowadays and is prepared all over the country, but originally was prepared in the German part of Switzerland. The dish is made of grated potatoes, which form pancakes that are fried in oil. Depending on the city in which they are prepared, apples, cheese or onion can be added to the main ingredient of Rösti. This dish has been prepared in the past also in Germany, but today it has become one of the most popular dishes of the Swiss cuisine .

Rösti can be consumed on its own or it can be added to main dishes.

If you order Rösti in Zurich, most probably you will be offered to try with it another dish, which is strongly influenced by the German cuisine – Zürcher Geschnetzeltes (the dished is prepared from cut beef, mushrooms, cream, veal meat, white wine and beef liver).

Basel’s cuisine is highly influenced by Alsace (Germany) and this is evident from the typical regional dishes that are popular in this part of Switzerland such as lummelbraten (roasted beef fillet), ziiblewäje (onion pie) and desserts such as leckerli (biscuits flavored with honey).

We cannot but mention the famous Basel flour soup, which until the present day is prepared for big holidays. In the past girls couldn’t have married until they learn to cook this soup. The Basel flour soup consists of flour, butter, onion, beef meat and finally is sprinkled with Gruyère cheese.

In Lucerne, one of the most popular regional dishes, which is equally German and Swiss dish, is called Schnitz und Härdöpfel and is a strange combination of bacon, potatoes, dried apples or pears in a sweet and sour sauce.

There is an interesting legend associated with this dish, according to which a very long time ago, near Bern, there was a war involving the men from Bern. When the war was over the women had taken from their homes all food that they had, gathered at the square, and prepared a festive table for the tired warriors. 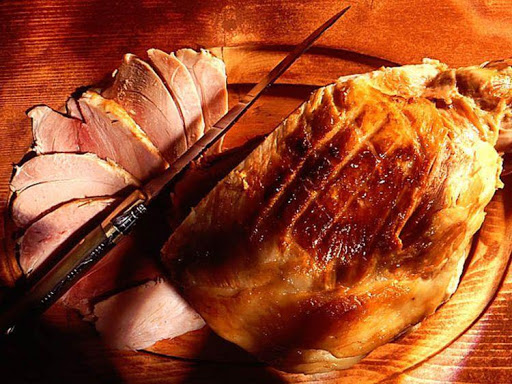 The cuisine of the French-speaking part of Switzerland enjoys great popularity not only in the country but around the world. Because it is from that part of Switzerland that so many popular dishes come from, such as fondue, Raclette, sweets such as meringues with double cream, walnut cake and others.

The local cuisine, especially in the canton of Geneva and Valais, is strongly influenced by the French cuisine and this isn’t surprising at all. In these areas of Switzerland, one of the dishes that are always prepared for Easter is gigot d’agneau (roasted lamb).

Other dishes that are prepared only here and that are highly influenced by the cuisine of France are potatoes with leeks, fricassee à la Vaudoise (fricassee with pork meat), jambon à l’os (ham with a bone, baked in the oven).

Let’s not forget that thanks to the French-speaking part of Switzerland and under the influence of the French cuisine today we can enjoy the unique Swiss fondue and the incredible taste of Raclette.

We mentioned that the influence of French cuisine is felt quite strongly in Geneva, perhaps because it is near Lyon – the French culinary capital. We will not be quite frank, however, if we don’t mentioned that, despite the strong French influence, Geneva may be proud of many local, typical only for Geneva dishes such as perch in a sauce made of cream, white wine and eggs, as well as the soup of Mère Royaume and other.

Having mentioned the soup… There is a legend about it, according to which on the night of 11 – 12 December 1602, the Savoy kingdom decided to attack Geneva. In an attempt to protect her city, a woman who had just cooked a soup, came out on the balcony and poured hot soup on the Savoy’s soldiers. Her example was followed by thousands of residents of Geneva, and they began throwing furniture, personal belongings and food on the soldiers, so they managed to save their city. 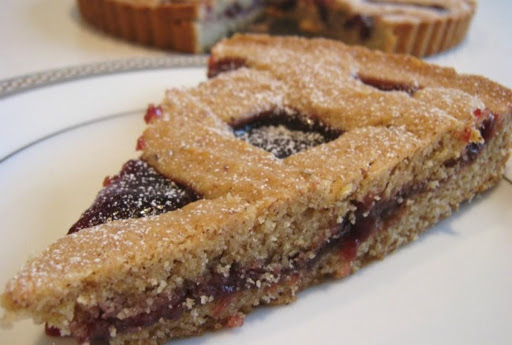 Bella Italia or the influence of North Italy on Swiss cuisine

Ticino’s cuisine is strongly influenced by the Italian cuisine of the Piedmont and Lombardy regions. So it’s not a surprise that one of the most popular dishes that will be offered to you in Ticino will be the polenta. Other dishes that are influenced by Italians are the vegetable soup Minestrone, manso brassato (roasted beef meat with rich red wine sauce), osso bucco (veal with bone, prepared with vegetables, white wine and broth) and of course, risotto.

Gastronomic influences are felt also in both eastern cantons St. Galen and Graubünden, which border on Austria. One of the culinary specialties that St. Gallen is proud of is the monastery cake St. Gallen, which strongly resembles the Austrian Linzer Torte.

In Graubünden, where people talk in a stange local language (a mixture of German and Italian), traditionally are prepared dishes of plums, vegetables and dried fruits, lamb with oats and meat pie that highly resemble the tastes of the Habsburg cuisine.